Micromax has another device up its sleeve called Canvas 2.2 A114 and it is up for grabs via an e-retailer, even though the smartphone maker hasn’t gone on record to confirm it. Another device that went up for sale through a shopping portal along with it is the Moto G which too has not been officially made available in India as yet.

This Micromax handset falls in the mid-range category and will have to compete with the likes of the Karbonn Titanium S5+ and Xolo Q2000 to name a few. The dual SIM phablet complete with a 5-inch capacitive touchscreen, makes the most of the Android Jelly Bean 4.2 OS. It gains steam from a quad core processor ticking at a speed of 1.3GHz and an entire gigabyte of RAM. 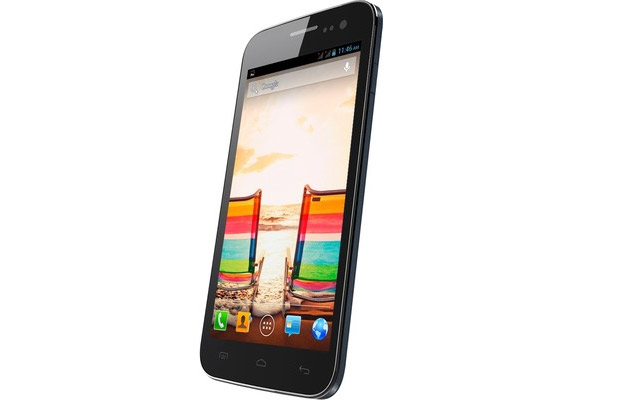 Although the screen spurts out qHD visuals in 960 x 540p resolution, the phone’s camera has the capability of recording full HD 1920 x 1080p videos. It shows off an 8MP rear camera and a 2MP webcam and as far as the internal memory is concerned, the gadget packs in only 4GB of it which is expandable by up to 32GB. You can expect talk time of about 7 hours in the 2G mode.