Micromax has yet another super affordable Android smartphone in the works and the device has gone on sale as the Bolt Q324. The handset is yet to appear on the company’s website and even get an official launch, but it’s already on sale through an ecommerce website for Rs 3990.

That amount is certainly an attractive one for a smartphone which delivers a complete Android experience. And the Micromax Bolt Q324 doesn’t fall short on performance as it comes packing a 1.2GHz quad core processor. However, the RAM here is just 512MB which means that your multi-tasking capabilities will be limited and you may not be able to run demanding apps. 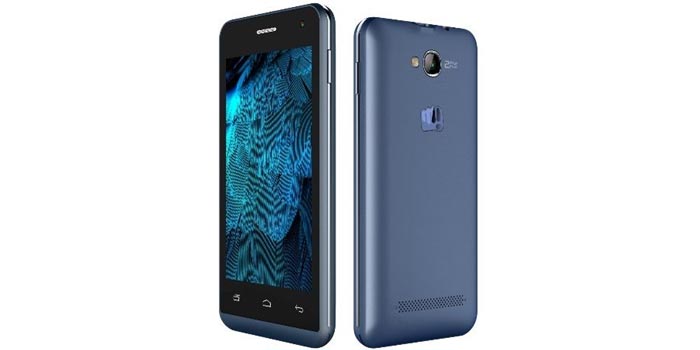 Storage also is just 4GB which isn’t too bad considering the price. On the upside, you can add an extra 32GB via the microSD card slot. The Micromax phone offers a 4-inch display with basic WVGA visuals and there’s a VGA camera on the front as well, for video calling. You also get a 2MP fixed-focus snapper on the rear with LED flash.

Also read: Xiaomi could also launch the Mi Pad along with Redmi 2 in India this week

The Bolt Q324 is a 3G enabled smartphone and also tags along dual SIM card slots. Other connectivity feature comprise of the usual Wi-Fi b/g/n, GPS and Bluetooth 4.0. Where battery life is concerned, the 1450mAh power pack is estimated to deliver a decent 7 hours of talk time or up to 279 hours of standby.

Here’s a roundup of the Micromax Bolt 324’s specs

A seller on eBay is currently offering the Micromax Bolt Q324 in blue and the phone is expected to arrive in white and black shades as well.