Micromax has yet another affordable smartphone in the pipeline and this one will be called the Bolt D321 carrying basic features. The device is yet to go official, but it has already been listed on the company’s website along with detailed information.

The Micromax Bolt D321 is a basic Android handset which offers a generously sized display of 5 inches. The resolution, however, is a mere FWVGA 480 x 854 pixels. For processing power, there’s a 1.3GHz dual core MediaTek MT6572 chipset on the inside and 512MB of RAM is all you’ll get for performing tasks. 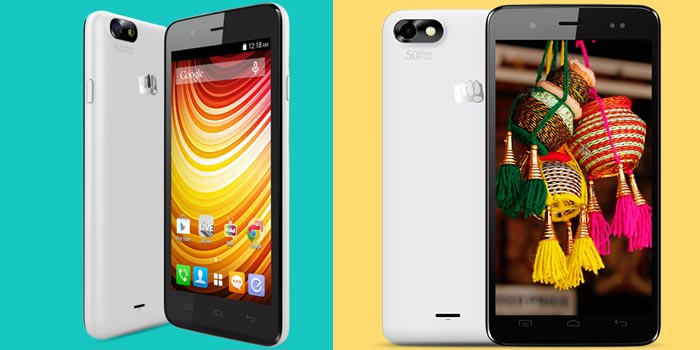 The Micromax phone also comes with dual SIM card slots and will work on 3G networks. On the storage front, the company is offering a basic 4GB of hoarding space and a microSD card slot. There are dual cameras too. A 5MP shooter is placed on the rear and a VGA webcam can be found on the front. The 1800mAh battery onboard is estimated to deliver around 7 hours of talk time or up to 300 hours of standby on a single charge.

Also read: Silk white OnePlus One is coming soon to India next week, will be sold on invite

The Bolt D321 comes with version 4.4 KitKat of Google’s mobile OS out of the box, but you will not be getting a pure Android experience. There will be a custom launcher onboard along with various preloaded applications including Opera Mini, Quikr, Snapdeal, SwiftKey and Truecaller as well as some of the company’s own services such as M!Live, M!Security, M!Games and M!Insurance.

As mentioned above, the Micromax Bolt D321 is yet to be officially launched, so price and availability details are still not available.