Micromax Bolt A66 price tagged at Rs 6,000, it is available now via the official site

The Micromax Bolt A66 smartphone that was leaked on the internet and appeared on the official website shortly after that, has now been made available in India for an affordable price of Rs 6,000. Like most other Bolt devices, it falls in the entry-level category and drags a decent set of features along.

This 3G-enabled Micromax phone flaunts a 4.4-inch FWVGA TFT multi-touch screen of 480 x 854p resolution which has a 0.3MP webcam as well as a 2MP fixed focus camera for company. Naturally, the two snappers can facilitate video conferencing on the go as well as help you capture good quality images and videos. It is likely to have an intuitive interface, considering that it makes the most of the Android Jelly Bean 4.1.2 OS. 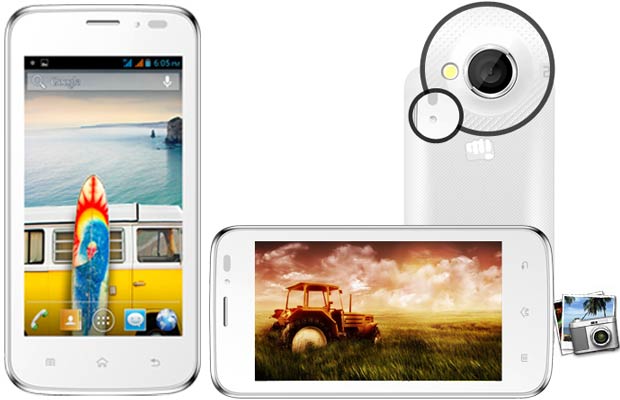 A 1GHz SC7710G processor ensures multitasking and seeks assistance from 512MB of RAM. Also, there’s 512MB of ROM within the device and you get the option of increasing it further by up to 32GB using a microSD card. The dual SIM handset has all the necessary connectivity options including built-in Wi-Fi and it draws power from a 1500mAh battery that can cough up the juice for talk time of around 4.5 hours and standby time of close to 116 hours.

The Micromax Bolt A66 can now be picked up from the company eStore and it will be delivered in 7 to 10 working days. 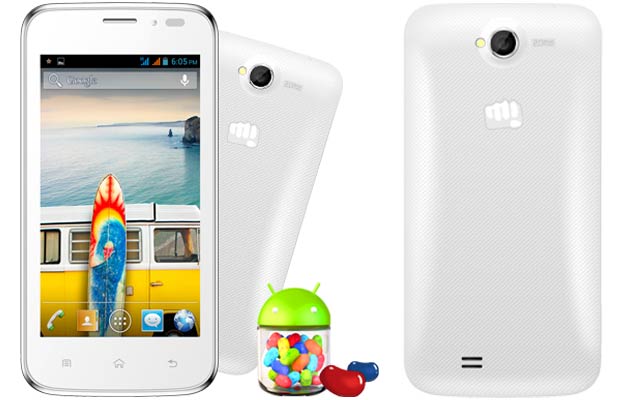 Facebook
Twitter
Pinterest
Linkedin
ReddIt
Tumblr
Flip
Previous articleZync Z605 is a 6.5-inch phablet for Rs 8,000, has a PureView camera
Next articleAT&T LG G2 and Moto X can be picked up for free for a limited time on contract basis