The Micromax Bolt A068 smartphone has officially appeared on the company’s website, only a couple of days after it was listed on an e-retailer’s website. Micromax is yet to confirm the price of the gadget, but Snapdeal has pegged it at Rs 6,900 in India.

This smartphone is especially meant for all those of you who prefer to type and use the device in your own language. It brings support for as many as 20 Indian regional tongues and makes the words appear in your language even when you type in English. There’s predictive text for all of them and you get to choose between various custom fonts as well. The Android Jelly Bean 4.2.2 OS is at the heart of the gadget. 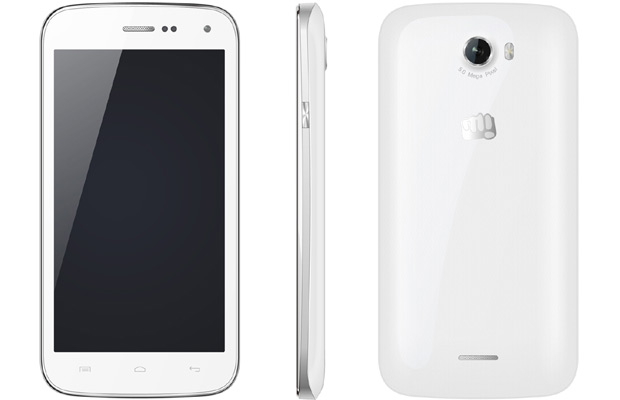 On the front, the Micromax Bolt A068 accommodates a 5-inch FWVGA touchscreen of 480 x 854p resolution and a 0.3MP webcam. Another 5MP camera also graces the device and allows you to capture good quality images as well as videos. It is fueled by an MT 6572M dual core processor ticking at 1GHz as well as 512MB of RAM.

Speaking of memory, you can expect 4GB onboard storage and as it will not be enough, you get the option of inserting a microSD card of not more than 32GB in the dedicated slot. Some of the other pointers on the specs list are GPS, 3G compatibility, Wi-Fi, Bluetooth and USB connectivity to name a few. A 2000mAh battery coughing up 7 hours of talk time has also been tossed into the mix. 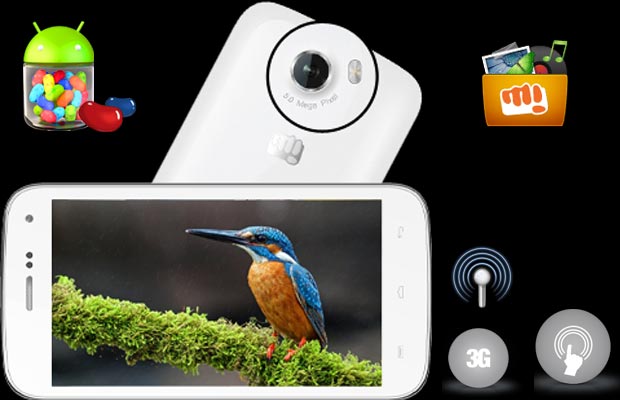 Key specs of the Micromax Bolt A068: