Micromax Bolt A065 launched with Android 4.4 KitKat for cheap

In the pool of entry-level Android KitKat smartphones in India will be the new Micromax Bolt A065 which has just been unveiled by the Gurgaon-based company. Although it isn’t the cheapest in its category, it is pretty affordable at its price of Rs 3799.

Available for purchase via eBay and Saholic right now, the Bolt A065 is challenging phones like the Celkon Campus A35K, the Sunstrike Rage Swift, the Lava Iris 310 and others in the Indian market. It’s a dual SIM Micromax device with support for GSM networks on both slots. 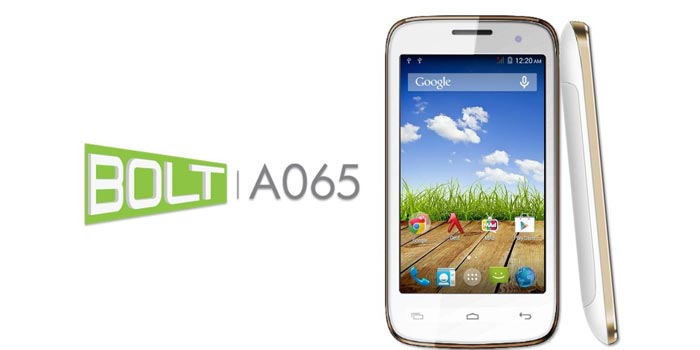 This newly launched Micromax Bolt A065 kicks in a 4-inch 800 x 480 pixel display and runs on a 1.3GHz dual core MediaTek MT6571 processor. A 2MP fixed-focus camera with LED flash sits pretty on its rear surface, whereas a 0.3MP front-facing snapper forms part of its offerings as well.

The A065 is kept going by a 2000mAh battery. On the memory front, it comes equipped with 512MB of RAM and 4GB of storage which can of course be expanded further by means of a microSD card. One downside however is that this handset does not appear to feature support for 3G connectivity.

Here’s a clear look at the specs of the Micromax Bolt A065 handset: 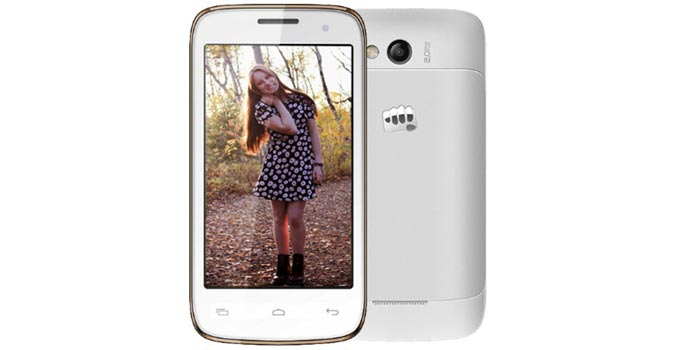 While the Micromax Bolt A065 can be purchased through Saholic at Rs 3799, its eBay price is Rs 4699, strangely.