Micromax A200 makes an appearance online, specs and image leaked

A new smartphone from Micromax has leaked out into the open. Dubbed the A200, the handset will fall in the mid-range segment carrying a very familiar design. Both specifications and an image of the handset have hit the internet, suggesting that the device will be yet another budget-friendly addition.

The Micromax A200 was leaked by Twitter user MMXNewscaster which specializes in disclosing information specifically from the OEM in question. Considering that previous revelations have been authentic, the latest rumor should also hold true, but only time can tell. Based on the details provided by the handle, the handset will carry a 4.7-inch display with 720p HD resolution. Also, a protective coating of Gorilla Glass 2 is provided for scratch resistance. 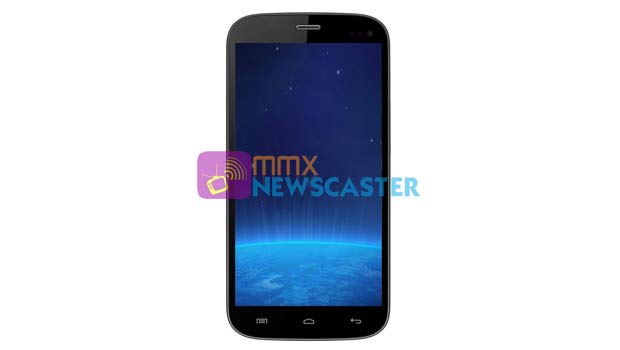 While there’s no mention of the OS, it’s safe to assume that Android will run the show, but the version is still a mystery. Well, Jelly Bean 4.3 has been out there for months and now would be a good time to start seeing the budget-friendly segment come preloaded with it. Nevertheless, 4.4 KitKat does make a better choice since it’s optimized for running smoothly on devices with less-capable hardware.

Doing the heavy lifting here is said to be a 1.3GHz quad core processor which we’re assuming is from MediaTek with 4 Cortex A7 cores. Other features include 1GB of RAM, 8GB of storage, a 5MP camera and an 1800mAh battery fitted within a 7.9mm design. Dual SIM support can be expected as well.

No price or release date details have been divulged for the Micromax A200, but the Indian OEM is likely to unveil the handset soon. Just last week, the company launched the Canvas 2.2 A114 for Rs 12,999 and the Rs 10,999 Canvas Blaze in association with MTS.

Rumored specs of the Micromax A200: