Micromax A190 will be a 5″ phone with hexa core processor

Just yesterday we covered a report about the Micromax A190 where leaked information suggested that it would be a 6.3-inch phablet running Android 4.4 KitKat. Well, those details are incorrect and the source of the information has now posted what’s said to be the real specs of the smartphone in question.

Twitter users @MMXNewscaster has revealed that the Micromax A190 will not be a 6.3-inch phablet. The earlier information had apparently been mixed up with features of another phone. Instead, the device will have a 5-inch design featuring 720p HD visuals. The processor will remain to be the same MT6591 chipset from MediaTek and it will have a hexa core configuration clocked at 1.5GHz. 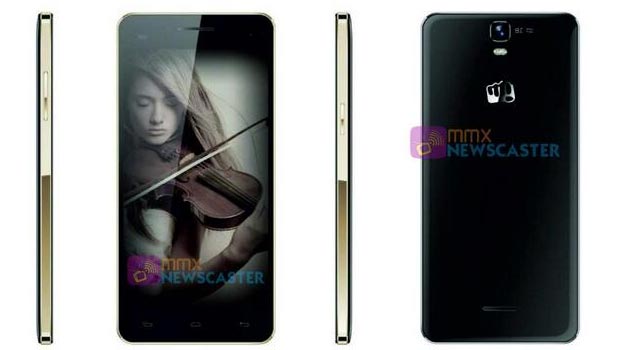 Android 4.4 KitKat will come preloaded with the phone and you can expect to find the company’s own application pre-installed. Accompanying the CPU on the inside will be 1GB of RAM, 8GB of storage and a 2000mAh battery. The phone should also have dual SIM slots and a microSD card slot, but nothing is confirmed as yet.

Design-wise, the A190 looks to have a metal frame which is sprayed in light gold. The rear panel could be removable and is made from polycarbonate, while the front will feature a full glass sheet covering all components including the three capacitive buttons. The handset also looks to be quite slim, let’s say around 7.5mm. Also, the device will arrive in white and black options.

Roundup of the Micromax A190’s specs:

The leakster in question has been quite accurate about upcoming Micromax phones in the past and while details regarding the A190 look believable, they are yet to be confirmed.