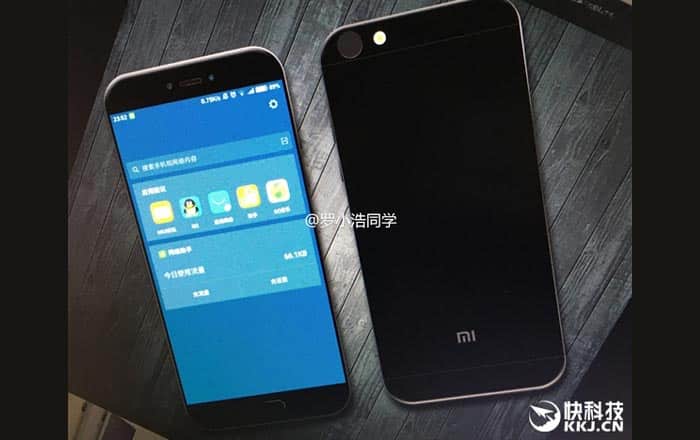 Xiaomi’s apparently in the process of launching a follow-up to the Mi 5 called the Mi 5c on November 30. The device has been frequently leaked and is widely believed to be a more affordable version of the original.

A fresh leak out of China alleges that the Mi 5c will be saddled with Xiaomi’s own Pinecone processor. The octa-core SoC apparently clocks in at 2.2GHz and features Cortex-A53 cores. The smartphone may also sport a 5.5-inch display with very narrow bezels and run on Android 6.0 Marshmallow with the brand’s MIUI 8 skinned on top.

Other notable specs includes 64GB of internal room, 4GB of RAM, NFC support, a 12MP primary camera, and an 8MP selfie snapper. Previous speculation has indicated that Xiaomi might bless the phone with a layer of 2.5D glass and a fingerprint sensor located on the front panel.

As for its price, a pre-sale poster for the Mi 5c had hinted that the phone may be sold at CNY 999 which translates roughly to $144 or Rs 9900. If accurate, it would probably make the phone a very attractive proposition given its high-end specs.

The November 30 unveiling date for the Mi 5c also coincides with the launch of Meizu’s Flyme OS 6 and rumored Charm Blue X handset. Xiaomi is possibly looking to draw attention away from its competitor by hosting an event on the same day.

In related Xiaomi smartphone sequel news, one of the company’s officials recently confirmed that the company isn’t working on a smaller version of the Mi Mix. The new device was supposed to measure a more manageable 5.5-inch and feature almost the same specs as the older model.