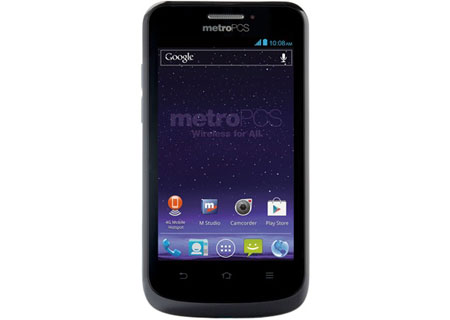 MetroPCS has revealed the price of the ZTE Avid 4G, an Android-powered smartphone which takes advantage of the carrier’s LTE network speeds. This is the second phone to hop on to the service provider’s LTE service, the first being the Samsung Galaxy Admire 4G launched just this month.

4G LTE connectivity is at the heart of the device that also has Bluetooth and Wi-Fi. Another highlight is the carriers’ joyn feature allowing those on the service to call, chat and share videos, files and photos. joyn is a nice way to share content and is integrated with instant messaging and video calling. In addition, the device supports the carrier’s mobile hotspot service which users use for an additional monthly fee. 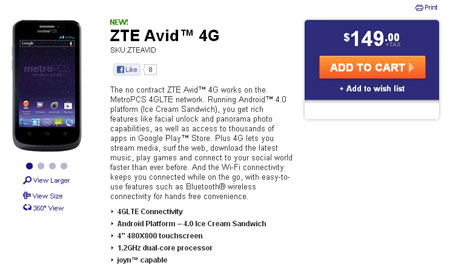 Other specs of the Avid 4G include its 4-inch touch screen display with a resolution of 480 x 800p. And while light has been shone on the phone’s processor, the RAM it packs under the hood hasn’t been given a mention. It features a 1.2GHz dual core CPU and has 2.3GB of internal memory to go with it. Of course, this can be expanded by up to 32GB for added storage needs.

It runs on the Android Ice Cream Sandwich platform and allows users to connect to the Google Play store giving access to the thousands upon thousands of apps available. There is a 5MP primary camera positioned on the phone’s rear panel, and although it comes with a flash, more details of the main snapper are not known. A secondary VGA webcam sits on the front, enabling users to make video calls. 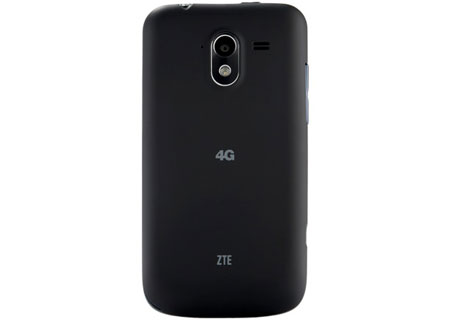 The ZTE Avid 4G is available for $149 and can be purchased with any of MertroPCS’ standard LTE plans starting at $40 and going all the way up to $70 a month. The carrier is also running a few promotional plans for a limited time, one of which offers LTE at $30. Another holiday promotion gives users unlimited 4G data for $55. 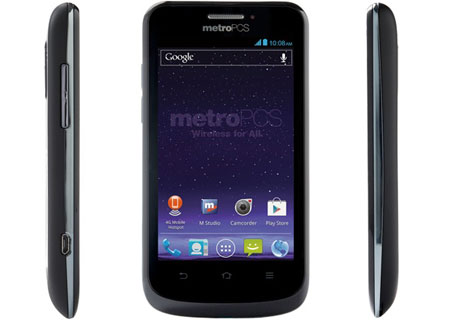