MetroPCS has announced the LG Optimus F3 and Nokia Lumia 521 smartphones and their price details as well as its plans of expanding its network in various news markets. The two 4G handsets are being touted with affordable price tags. The LG-branded one is already on sale through multiple carriers such as Virgin Mobile and Sprint. The Nokia phone, on the other hand, was launched as an exclusive to T-Mobile, but that has changed now that the 2 providers have merged.

The LG Optimus F3 and the Nokia Lumia 521 are the first of their kind from the carrier. The former is said to be the only device in the MetroPCS Optimus series which has 4G LTE connectivity, while the latter which proffers HSPA+ cellular support is the initial installment to the carrier’s Windows Phone 8 lineup. Both handsets can be picked up with unlimited data, talk and text plans which start at $40 per month. 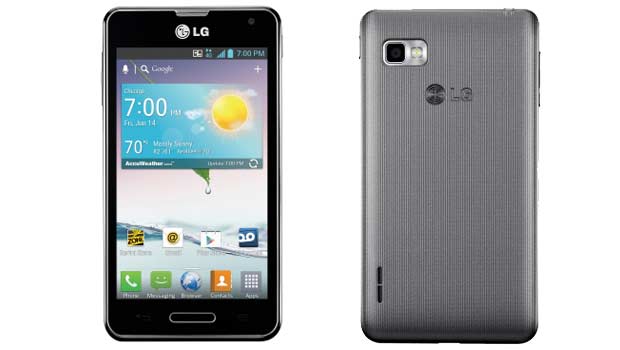 The LG Optimus F3 runs on the Android 4.1 Jelly Bean platform and is powered by a 1.2GHz dual core processor. It features a 4-inch IPS touchscreen and a rear-facing 5MP camera that can record videos in 1080p FHD. Other components include 4GB of flash storage 1GB of RAM and a 2,460mAh battery. The Nokia Lumia 521 is a variant of the popular 520 handset. It dons a 4-inch WVGA screen and is bundled with a 1GHz dual core processor, 512MB of RAM, 8GB of memory and a 1430mAh battery. There’s also a 5MP rear snapper for 720p HD recording. 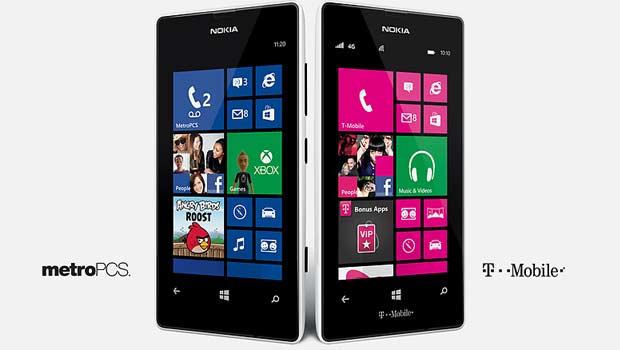 Both, the Optimus F3 and Lumia 521 smartphones are available for purchase starting today in select markets. The carrier states that the former will also go on sale in many more locations in the coming weeks. Where price details are concerned, the Android phone is tagged at $149, while the Windows Phone 8 device is on sale for $99 sans taxes and fees.