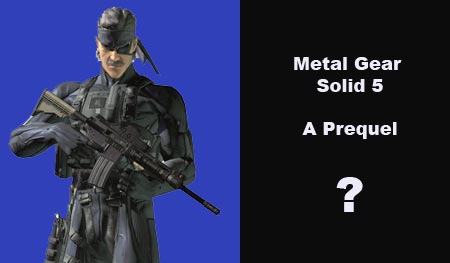 Metal Gear Solid 4, which released worldwide on 12th June has already set the gaming consoles on fire with the character of the game ‘Snake’ who battles it out on the enemy’s soil which are located in Middle East, South America, and other corners of the earth. But news columns have already started up filing up the details of Metal Gear Solid 5. The Metal Gear Solid 3 which was announced as a prequel did not satisfy the gamers much as they complained that the main narrative was not completed or continued in the game.

Speaking to 1UP, MGS4 assistant producer Ryan Payton mentioned “There are some misunderstandings that this is the final Metal Gear game. But it’s really the final chapter of the Solid Snake story. That’s all” and he added “There’s still a lot of room for filling in the gaps as far as Big Boss is concerned”.