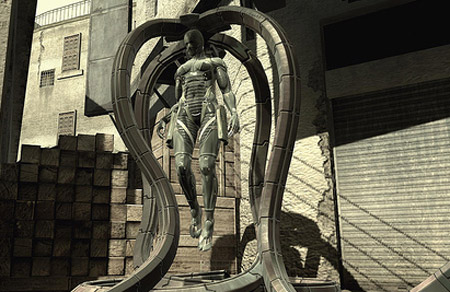 At the 2007 Leipzig Games Convention, salient details of Konami’s Metal Gear Solid 4 PlayStation 3 game title were unveiled. Hideo Kojima, the creator of MGS4: Guns of The Patriots elaborated on the ‘Beauties and the Beasts’ theme that runs through this highly-anticipated game.

Metal Gear Solid 4: The Guns of the Patriots will feature really hot women bosses, unlike other games which have downright creepy ones! But, yes, you can expect these unique bosses to transform into really evils beings.

MGS4 character bosses unveiled were Laughing Octopus, Raging Raven, Crying Wolf and Screaming Mantis. All of them have been empowered with special, supernatural abilities. Besides, each of them has individual back stories that outline how they have become the beings they are.

Interestingly, all of the bosses in MGS4 were initially good people who, for various reasons linked to events in the MGS series and events they have seen countless wars, and have now become altered beyond recognition, both physically and mentally. 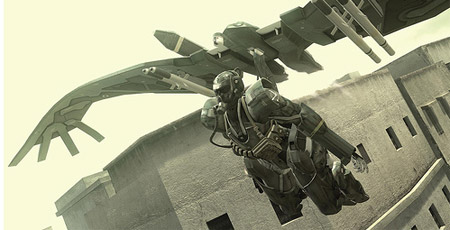 This is the essence of the ‘Beauty and the Beast’ theme that runs through the Metal Gear Solid 4: Guns of eth Patriots’ game for the Sony PS3.

Just like previous titles in the Metal Gear Solid series, Guns of the Patriots too is a story-driven game with seasoned hero Solid Snake drafted for one final mission. The now aged Snake has been asked to assassinate his old adversary, Liquid Ocelot across the Middle East and South America. 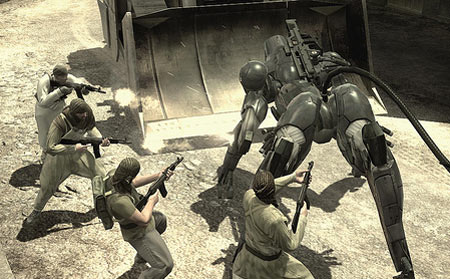 To do this, however, he must make his way through a series of battlefields, using his legendary stealth abilities and all-new OctoCamo suit to avoid detection and to reach his target.

Besides, the game is also set to include all new game play features such as a remote-controlled ‘metal Gear Mk. II’ droid and enhanced Close Quarter Combat (CQC) system.

As announced earlier too, you can expect Metal Gear Solid 4: Guns of the Patriots to be released for the PlayStation 3 in early 2008.