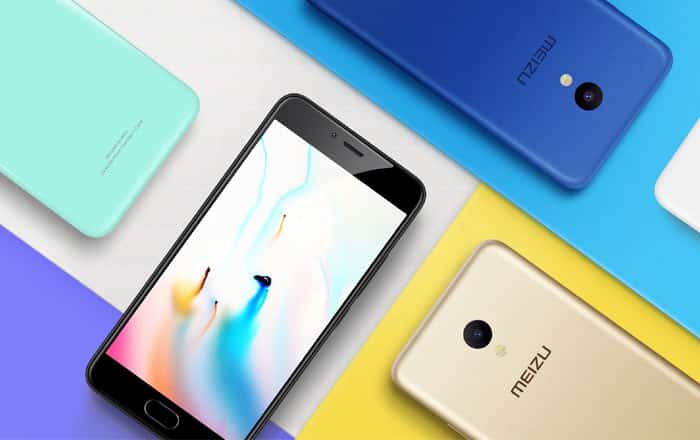 The Meizu M5 has officially been launched in the company’s home base of China with updated specs and brand new colors. There’s no word on the budget smartphone’s international availability as yet.

The M5 seems to be the successor to the M3 series of phones, Meizu having decided to skip the number 4 for some reason. The handset features a polycarbonate body and will be sold in Mint Green, Matte Black, Champagne Gold, White, and Blue colors. Special attention was given to the first two.

The Mint Green model has a UV coating to keep its color from fading because of sun bleaching and the Matte Black one is supposed to be scratch and fingerprint resistant. As for specs, Meizu claims the 3070mAh battery is 10% bigger than before and can last for 66 hours of continuous music playback.

The M5’s fingerprint scanner has also been updated so that it unlocks the device within 0.2 seconds. Even its 13MP rear camera takes 0.2 seconds to focus thanks to PDAF. The unit is accompanied by an aperture of f/2.2 and dual-color LED flash.

Here’s a neat look at the top specifications of the Meizu M5: