Chinese OEM Meizu has confirmed the rumors of its MX4 smartphone arriving with the Ubuntu Touch OS pre-installed. The company has revealed through a teaser that the new edition handset will be officially revealed at the MWC 2015 which starts tomorrow.

The smartphone will be officially called the Meizu MX4 Ubuntu Edition. The device originally made its debut back in September of last year and has earned a lot of popularity and praises over the months. The normal version of the handset runs Android with the company’s custom UI on top. While the upcoming variant will have a different OS entirely, the hardware and key specs will most likely remain intact. 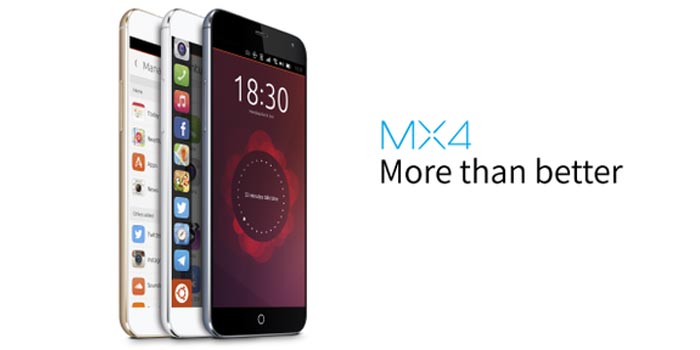 However, Meizu is yet to confirm this and there’s a small chance that we could see a few modifications. The image you see above was posted on the company’s official Twitter account and it shows the phone running the Ubuntu Touch OS. This would make the MX4 the second device to commercially offer the platform, the first being the BQ Aquaris E4.5 which is an entry-level offering.

The Meizu flagship is a pretty high-end offering which features a 5.36-inch 1920 x 1152p Gorilla Glass 3 display surrounded by slim bezels. The phone is powered by an octa core MediaTek MT6595 SOC based on the Cortex A17 and A7 CPUs, and it carries a 20.7MP Sony IMX220 camera on the rear.

Meizu MX4 specs at a glance:

With the Meizu MX4 Ubuntu Edition, we might just see the smartphone make its debut in markets where the original isn’t available. Price and release date details will probably show up in the coming days.