Meizu MX3 is affordable, well-designed and high-end, but limited to China

Chinese manufacturers are well-known for budget-friendly devices, but some of them have even embraced the top-tier category with additions like the Meizu MX3 and the Vivo X3 as well as the Huawei Ascend P6 which are amongst the slimmest smartphones there are. Also, the MX3 is the successor to the MX2 which went official back in November of 2012.

Meizu has made its latest offering quite an alluring pick. The device features a narrow frame of just 2.90mm width. The phone measures 139mm × 71.9mm × 9.1mm in dimensions and it weighs 143 grams. On the front, you’ll be presented with a 5.1-inch 1080p touchscreen that has a pixel density of 415ppi. The Flyme 3.0 OS which is based on Android 4.2, runs the show here with an Exynos 5410 Octa SOC from Samsung and 2GB of dual-channel LPDDR3 RAM doing the heavy lifting. For connectivity, there’s 3G, HSPA+, Wi-Fi, A-GPS, GLONASS, Bluetooth and NFC which is limited to the 32GB and 64GB models. 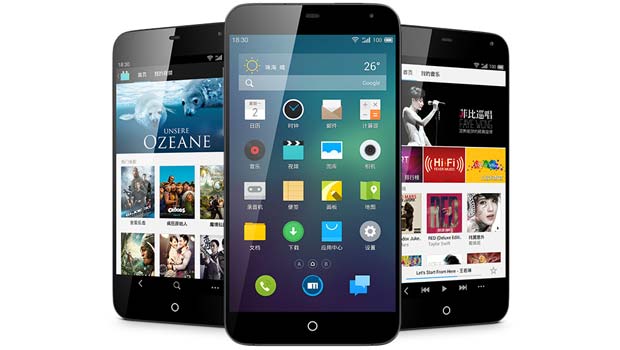 The company has also incorporated various technologies from Sony. They include a 2400mAh battery that can deliver 14 hours of talktime or 393 hours of standby, a custom 8MP rear-facing camera with a BSI sensor and a 2MP front-facing webcam. Accompanying these attributes are Fujitsu’s four-channel image processing and Wolfson WM5102 audio decoder chipsets.

Android Police reports that the Meizu MX3 with 16GB of storage will be available for ¥2499 which is roughly $410 in the US and the price goes extends to approximately $650 for the 128GB model. The device is currently up for pre-order in China and we don’t expect it to officially be available elsewhere.