Meizu MiniOne Phone unveiled; pretty much on the lines of the Apple iPhone 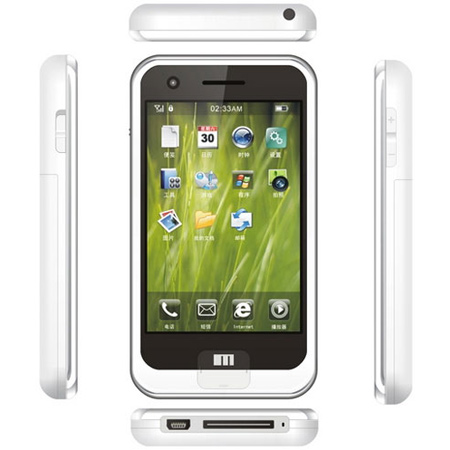 Packed with several interesting features, the MiniOne surely can be touted as an apt competition to Apple’s iPhone which is set to launch sometime in June 2007 worldwide, except in Asia, which is slated for a 2008 release.

The features of the Meizu MiniOne phone are:

Meizu MiniOne Phone can also be connected to TV or Projector through video output. Upto 16GB memory is packed within the phone to play AVI, MPEG4 and WMV files.

Though the final release date of the MiniOne phone has not yet been revealed, it may probably be launched anytime next month in June, which ends up being the same time as the launch of the Apple iPhone. The Meizu MiniOne mobile phone would be available in two capacities. The smallest capacity MiniOne can hold up to 4GB of data and retails for $260 while the 16GB version costs nearly double at $450.