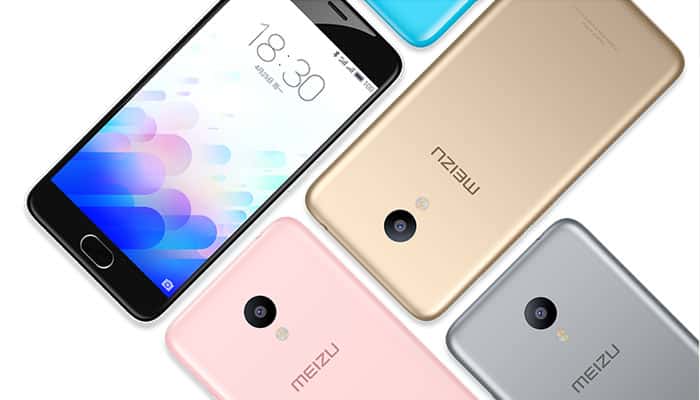 The Meizu m3 has been launched officially, with the handset positioned as the successor to the brand’s entry-level m2. The phone retains the previous variant’s base price and offers a number of upgrades in terms of specifications.

To start with, the Meizu m3 now comes with a faster octa-core (1.5GHz quad-core + 1GHz quad-core) MediaTek MT6750 processor, an update over its predecessor’s MT6735 SoC. The polycarbonate body and 5-inch 720p display remains the same but are more stylized thanks to 2.5D glass.

Meizu has managed to make the handset slightly thinner this time round with a thickness of 8.3mm only. In spite of this, the manufacturer has still been able to fit in a larger 2870mAh battery unit. The handset continues to run on Android 5.1 Lollipop with a layer of the brand’s Flyme 5 OS on top.

A 13MP camera graces the back surface of the m3. It’s been equipped with LED flash, an aperture of f/2.2 and PDAF. A 5MP snapper with an aperture of f/2.0 can be found on the front panel. The company is offering 2 versions of the handset. One packs 2GB of RAM and 16GB of ROM, while the other contains 3GB of RAM and 32GB of ROM.

A quick look at the main specs of the Meizu m3: