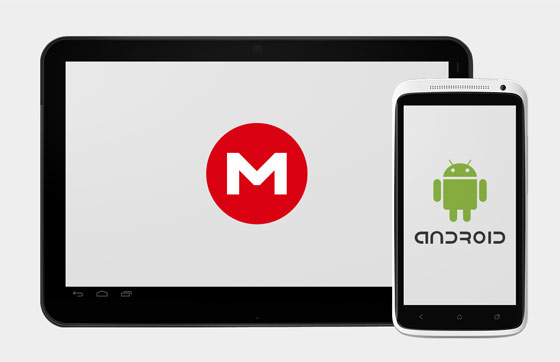 The Mega Android app has been made available through the Google Play store, blessing users of the OS with yet another tool for seamless cloud storage through mobile devices. This utility has been created by German-Finnish Internet entrepreneur Kim Dotcom and his team of developers, and is a follow-up to their Mega cloud storage website which saw the light of the day earlier this year. The app can be downloaded for free by all those who own devices bearing Google’s OS.

Internet users will know Kim Dotcom as the founder of the once-popular Megaupload set of websites which were taken down last year by the US Department of Justice following a number of disputes. Exactly a year following this shut down, on January 19, 2013, he launched his new cloud storage and file-hosting service which reportedly garnered over 500,000 registered users within the first 14 hours of its launch.

And now, with the Mega Android app, the developers are looking to expand their outlook even further. Upon being downloaded, this utility provides users with the ability to browse through content stored in their accounts, while they can also use it to upload and download files via their devices. Moreover, this app even possesses a Camera Sync attribute which allows it to upload photos and videos to users’ accounts automatically.

For those who have way too much uploaded content to sift through, the Mega Android app features a Search feature as well. And they can even create public links to their files if they wish for others to gain access to some of their files. Lastly, basic permissions like those for deleting files, renaming or moving them as well as create folders have also been granted to the Mega Android app.

As mentioned above, it can be downloaded now through the Google Play store free of cost. Apart from an Android app, the developers are also busy creating its iOS and Windows versions for release in the future.