Meet Unu, a home entertainment system, a gaming console and a portable tablet

We’ve seen Android being implemented in different form factors and uses, but Unu has made it available for multiple purposes through a single device. The 3-in-1 slate is being touted as smart TV and a console for playing Android based games.

The Unu was showcased at E3 this year and it has now gone up for pre-order in the US. The device comes in two variants. The first one is the Media Edition which tags along a docking station that connects to a TV screen and a wireless mouse which also sports a keyboard on the flip side. Then there’s the Gaming Edition which comprises of everything available in the aforementioned bundle plus a wireless controller for a console-like gaming experience. 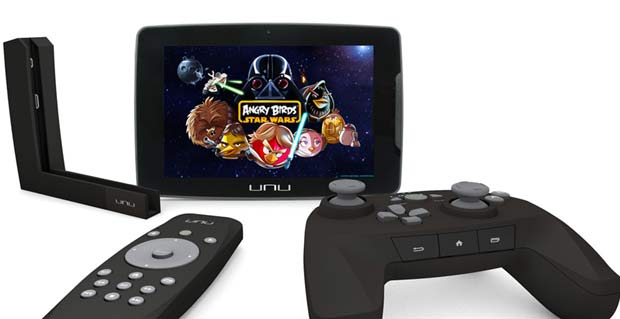 The Unu’s controller design looks quite similar to the Xbox 360’s. According to the company, up to 8 of these peripherals can be connected for multiplayer purposes and there are various games as well as applications available on the Unu store optimized for the controller. The tablet also provides access to Google Play.

Coming to the specifications, the Unu tablet is powered by a quad core 1.6GHz processor and quad core Mali 400 MP graphics. It has 1GB of RAM, 8GB of flash storage, a microSDXC card slot, and HDMI output with 1080p at 60fps support. Visuals are delivered through a 7-inch IPS 1280 x 800p touchscreen. 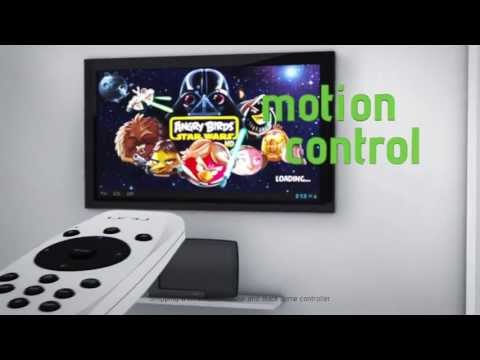 The Unu Media Edition is priced at $199.99, while the Gaming edition will set you back by $249.99. The tablet can be pre-ordered through Gamestop as well as Newegg and it will be up for grabs via Amazon, BestBuy and Walmart when it becomes available in November.