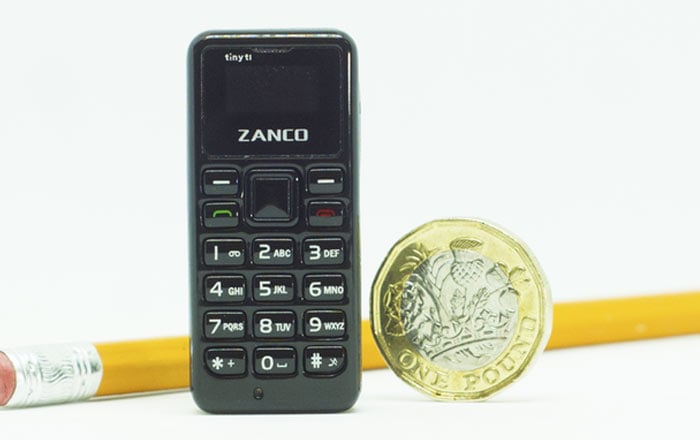 Phones are getting larger these days, leaving people without too many options to choose from when it comes to smaller devices. Here to solve this specific dilemma is a new handset dubbed the Zanco tiny t1, although most folks might say it fixes the problem too well.

That’s because the tiny t1 is apparently the world’s smallest phone, measuring just 46.7 x 21 x 12mm all around. It also weighs in at just 13g, making it lighter and only slightly bigger than most coins. Zanco claims the device can’t even reach the height of a human thumb.

Not only is the tiny t1 ridiculously compact, it’s also a nostalgic throwback to the days of feature phones. It can’t do much more than talk and text on the 2G network. No one can even access the internet through the handset. That’s not necessarily a negative aspect since it would be pointless trying to navigate the web on such a miniscule screen. 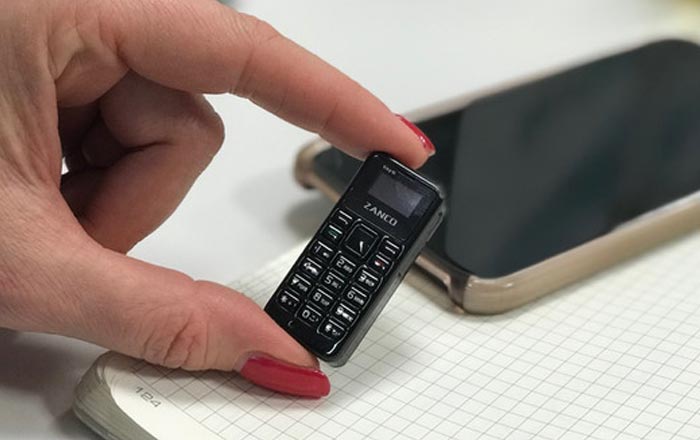 Texting may actually be a bit of a chore since the keypad is so small, but the convenience of having the tiny t1 around could override that setback. It could be used by some as a backup device or by athletes who don’t want to carry around a bulky smartphone while doing activities like running or biking.

Specifications of the Zanco tiny t1:

Long battery lives are usually the highlight of feature phones. In the case of the tiny t1, its 200mAh battery can apparently last for approximately 3 hours of talk time and 3 days of standby.

Zanco’s currently selling the device through Kickstarter at a Super Early Bird price tag of GBP 30 (roughly Rs 2570). Shipping is set to begin from May 2018.