Google underwent major restructuring a few weeks ago, and there wouldn’t have been a better time for the company to unveil a new logo. The old logo has been iconic and a subject of study for design students all over the world, but the company wants to establish its new identity now.

The four colors do stand their ground, but a major change that can be observed is in the font, which is a sans serif one. Overall, there’s a much flatter look to the Google logo, with no shadows in sight. So, the familiar color scheme remains the only witness to the past emblem of the search giant.

The main logo is just the beginning, even as the company has started changing the logos and icons of all its important applications as well. Firstly, the main ‘G’ logo which earlier featured a blue and white scheme is all colorful now. Same goes for the microphone emblem.

And moreover, all the important mobile apps from the company, including Google Maps, Google+ and more are being updated with their new icons incorporating the fresh ‘G.’ Design enthusiasts can head over to the company’s design blog in order to find out the intricacies involved in coming up with new look.

Others can watch the video in the space down below to get a detailed look at the evolution of the Google logo since the past 17 years that it has existed. The company recently announced a restructuring under which it created an umbrella organization named Alphabet, and included Google among the various firms that are part of it, with their own CEOs. 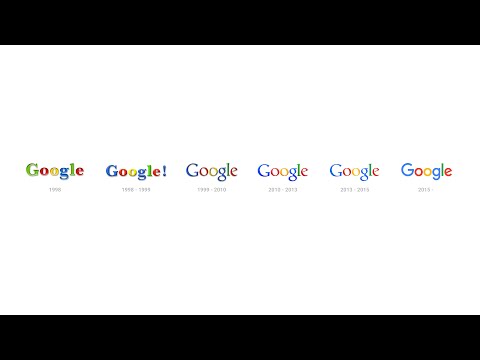 Google’s new logo sure looks attractive and we can rest assured that it will be staying for a while. What can be discerned from this is that the flat design elements are here to stay for a longer time than we had expected.