Meet Chip, the $9 single board computer that is stealing the spotlight

The Raspberry Pi is one of the most popular single-board computers on the market. And while it packs some great hardware coupled with an affordable price tag, a new contender called Chip is taking things to a new level has it offers the same capabilities and for just $9.

Well, this super cheap computer isn’t on the market just yet. The makers of Chip have taken to crowd function website Kickstarter where they’re looking to raise a total of $50000 in order to bring this device to life.

There’s a lot you can do with a small computer. It’s mainly designed for tinkerers and enthusiasts. You can even have it run Linux and implement it as an entertainment system at home to watch videos, browse the web and even get some work done by creating documents, saving stuff to the clod and more – Nothing too demanding. 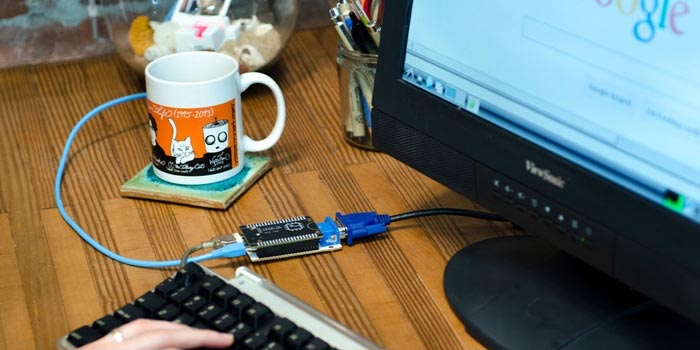 You’ll even be able to play games, albeit old-school ones including Quake and the classics from DOS. Next Thing Co which is the company’s official name is also throwing in resources for you to learn to code. The computer is as small as a credit card and it connects to an external display via built-in composite output.

Also read: PiPad is a homemade Linux tablet based on Raspberry Pi, encased in a wooden frame

Well, if this is too outdated for you, the developer is offering VGA and HDMI connectivity, but for some extra cash of $19 and $24 (Chip included), respectively. And for $49, you get the PocketChip bundle which makes the super cheap hardware portable. This accessory features a 4.3-inch touchscreen, a keyboard and a 3000mAh battery with up to 5 hours of usage. 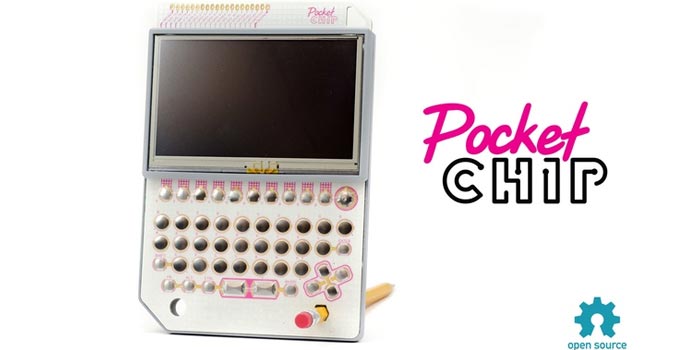 The $9 Chip computer is certainly impressive and you can get yourself a unit from Kickstarter by backing the project which has 26 days to go at the time of writing this articles, but has already surpasses its $50000 goal with a current pledge of $655513.