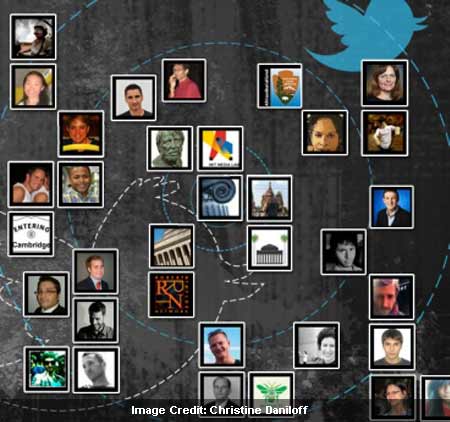 Contrary to the present way in which Twitter is flourishing, the social networking and microblogging website’s humble beginnings relied on media attention and traditional social networks that were based on socioeconomic similarity and geographic proximity in the U.S. This revelation was gathered and put forth by MIT researchers who have been following the expansion of Twitter, ever since it hatched back in 2006, until 2009.

The study comprised of data plucked from 16,000 U.S. cities, with prime concern shed on the 408 that gathered the highest number of Twitter accounts. The authorities responsible for the research grouped cities in terms of early adopters, early majority adopters, late majority adopters or laggards, as per when, they hit critical mass. Right at the onset, the popularity of Twitter multiplied through the youth and tech savvy users situated in San Francisco, where the website originated, to greater Boston.

A more traditional path was then adopted which spread only short distances via personal interactions that took place in two cities near Boston and San Francisco namely Somerville, Mass., and Berkeley, Calif., respectively. It then went on to dominate early majority cities like Los Angeles and Santa Fe along with late majority cities that included Las Vegas and Baltimore. It then washed up on the shores of laggards like Newark, New Jersey and Palm Beach, Florida. 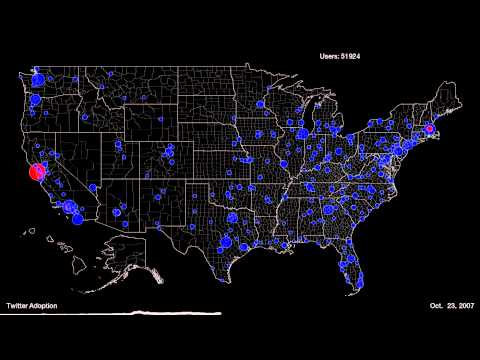 “Even on the Internet where we may think the world is flat, it’s not,” explained Marta González, assistant professor of civil and environmental engineering and engineering systems at MIT, who is co-author of a paper on this subject appearing this month in the journal PLoS ONE. “The big question for people in industry is ‘How do we find the right person or hub to adopt our new app so that it will go viral?’ But we found that the lone tech-savvy person can’t do it; this also requires word of mouth. The social network needs geographical proximity. … In the U.S. anyway, space and similarity matter.” 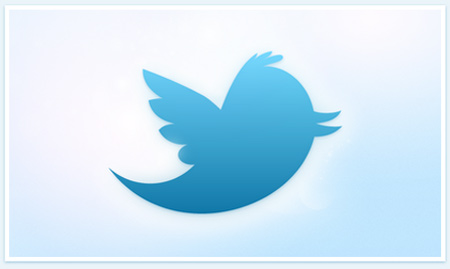 Meeyoung Cha of the Korea Advanced Institute of Science and Technology downloaded data until August 2009. But the model of Twitter contagion formulated by González and MIT graduate student Jameson Toole, a co-author of the paper seemed to match that of Cha’s data only after they infused media influence supported on news stories that unfurled on weekly bases. The news bits that were taken into consideration were spread across Google News searches and information gathered using Google Insights for Search.

After witnessing media stints like actor Ashton Kutcher’s 1 million Twitter challenge to CNN and Oprah Winfrey’s first tweet, the little blue bird was heard chirping all over the scene. This in turn gave rise to the fact that location-based social networks and media attention was a notch above computer-based social networks.