With an extra-large battery in tow, Maxx Mbiles’ MX200 has blasted out into the open as a neat little device that can act as your backup handset as well as power bank for your smartphone. And if you’re inclined towards using it as neither, you can of course buy it as your only phone as well.

Priced online at Rs 1848, the MX200 phone features a 5200mAh battery inside it. This power pack is capable of keeping the device going for ten to eleven hours of talk time. And with that battery being big enough, it can even keep your smartphones from running out of juice by acting as a reserve charging portal. 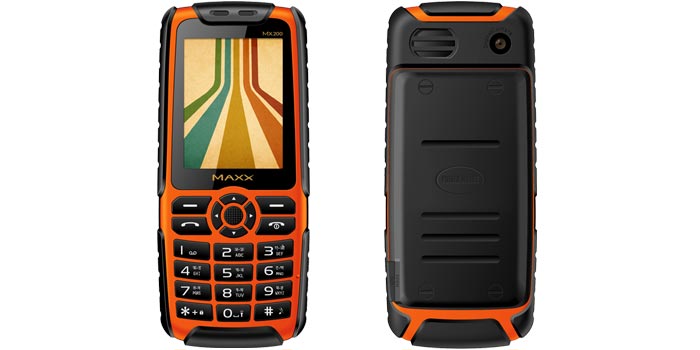 A 2.4-inch screen rests atop this handset, apart from a basic camera that can be found on its rear surface. It supports dual SIM cards and even grabs a memory expansion slot which can be stretched up to 8GB. Support for three Indian languages is available on the MX200 smartphone, namely English, Hindi and Gujarati.

It’s out in the form of two color options which include full black and orange with black. Its connectivity options include Bluetooth, GPRS and FM Radio, whereas it even provides multimedia capabilities like a video recorder, a video player and an audio player.

As you can see, the Maxx MX200 smartphone comes equipped with a rugged body to withstand rough use. A torch has also been granted to it for emergency purposes. It will be seen selling via Infibeam at the above mentioned price of Rs 1848. Pretty soon, it will also start appearing on other online portals and retail stores across India.