Handset maker Maxx Mobile has launched its latest budget-friendly KitKat phone, the MSD7 Smarty AXD21 that delivers the best of Android at a very low price of Rs 4020. The smartphone is, obviously, an entry-level one and it has been put up for grabs in India exclusively through Snapdeal.

The biggest turnoff about the Maxx MSD7 Smarty AXD21 is its name. While the handset could easily be a great first smartphone, the moniker makes it hard to recommend it to someone. And this isn’t the only awkwardly-branded device from the company. Back in March, the MSD7 3G AX46 was launched with Android 4.2 Jelly Bean and the GenxDroid7 AX356 made its debut earlier this month. 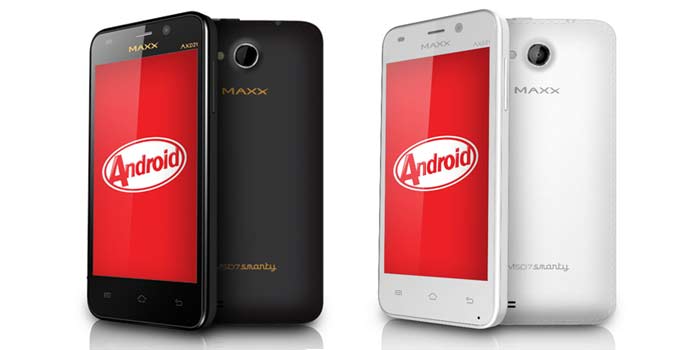 The handset in question is one of the best looking phones you’ll find in its price range. The front features a 4-inch WVGA display and a VGA camera, while the rear flaunts a faux leather panel with a stitch design on the sides as seen in the Galaxy Note 3 and other smartphones.

Also read: Panasonic Eluga-U is one of the prettiest phones you can buy for Rs 18990

Along with Android 4.4 KitKat, the company has preloaded various applications such as OLX, Flipkart, Hungama, Opera Mini and WeChat as well as its own exclusive tools. Delivering the steam here is a 1GHz dual core MediaTek processor that’s accompanied by 4GB of flash storage, 512MB of RAM and a 1450mAh battery. 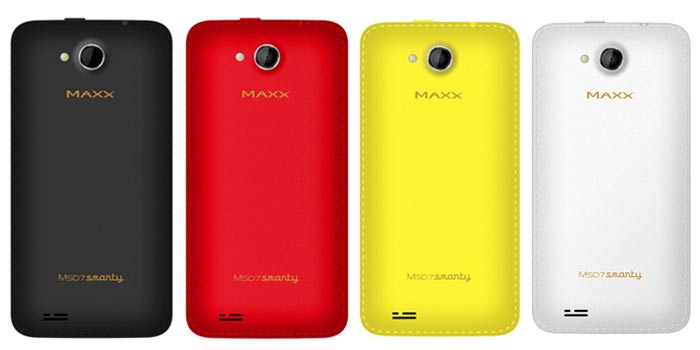 The Maxx MSD7 Smarty AXD21 is currently available for purchase on Snapdeal in black, white, red and yellow options and is bundled with a free 16GB microSD card.