Maxx Mobile has announced the all new MSD7 3G AX46 smartphone for India which offers 3G functionality as well as a number of other essential features for a highly affordable price of under Rs 9,000. This Android phone features dual SIM card slots and is slated to hit store shelves across the country in the black shade.

Coming to the specifications of the Maxx Mobile MSD7 3G AX46, it is an Android-based smartphone which binges on the Jelly Bean 4.2.2 OS. And as far as the phone’s internal working is concerned, it is carried out under the supervision of a dual core Mediatek MT6572Wi processor that can clock in a maximum speed of 1.3GHz. The chipset chooses to take assistance from 512MB of system memory. 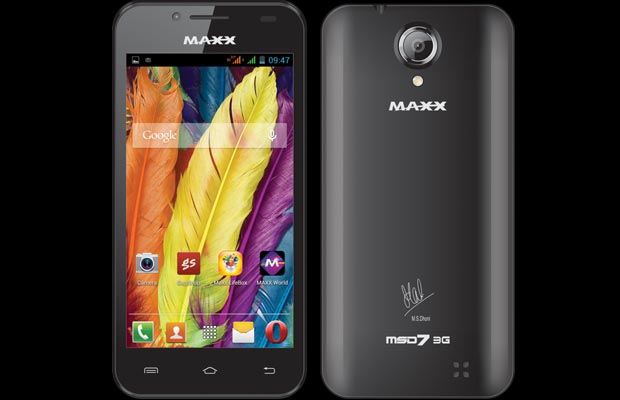 On the front panel lies a 4.5-inch capacitive multi-touch display that should have a wide viewing angle as it is deployed with the IPS technology. A 3.2MP primary camera has been placed on the rear surface and the device’s total internal memory amounts to 4GB. Its onboard storage may prove to be inadequate and hence an expansion slot is provided for increasing it further by up to 32GB. Potential users can look forward to common connectivity options as well.

Key specs of the 3G AX46 smartphone at a glance: