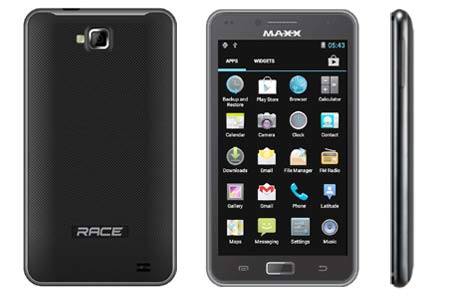 Maxx has announced the AX8 and AX9Z Race, even as both the smartphones have been made available through the company’s official website, priced at Rs 8,875 and Rs 12,375. There isn’t any online shopping outlet just yet, that has disclosed its intentions to put these devices up on sale, except Infibeam.

As is apparent from their labels, the AX8 Race happens to flaunt relatively modest components than those of the second handset. Planted on its front panel is a 5-inch capacitive touchscreen which touts a WVGA resolution, along with a 2MP webcam. An 8MP camera slithers onto the flip side and features an LED flash and panorama mode. 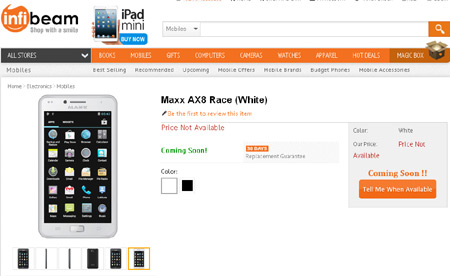 The integrated 1GHz single core Mediatek MT6575 chipset is the force driving the handset from within and it turns to 512MB of RAM for assistance during multitasking. In spite of Jelly Bean rapidly catching up with low-budget phones, this device treats itself to a scoopful of Android Ice Cream Sandwich.

Turning our attention to the AX9Z Race which may be worthy enough to compete against the likes of Adcom Thunder A-530 HD and Micromax Canvas Doodle, we learn that its 5.3-inch capacitive touch display is capable of churning out pictures and videos at a resolution of 540 x 960 pixels. Running on the earlier version of Android Jelly Bean, the gadget comes packed with a dual core Mediatek MT6577 processor clocked at 1.2GHz. 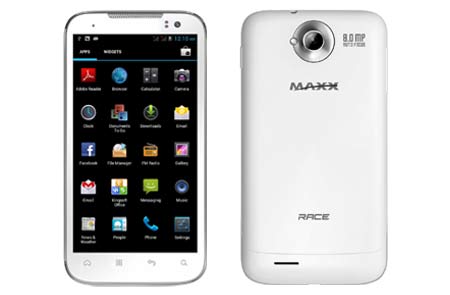 Just like the 5-inch device mentioned above, this one too can be seen peddling an 8MP camera on its rear panel and a 2MP lens on its front. Since we have brushed the topic of similarities, let’s also proceed to mention that both smartphones have been adorned with dual SIM slots (3G/GSM + GSM).

Indian buyers intending to pay for the Maxx AX8 and AX9Z Race via credit card can look forward to purchasing them at reduced price points as well. The former will then be made available at Rs 8,218, while the latter will be up for grabs at Rs 11,458. 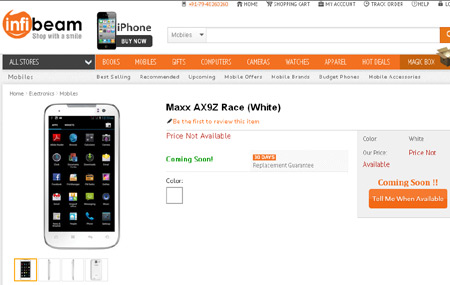