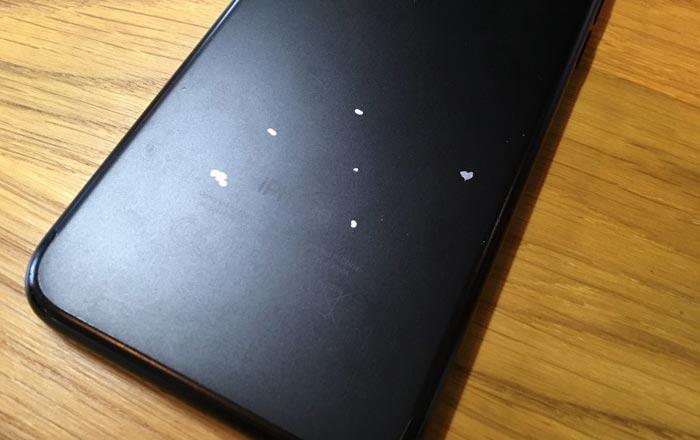 Apple made a big splash last year when it debuted two different black color options for the iPhone 7. One was simply called black or matte black and the other jet black. The latter was seen as the riskier proposition since the company warned that its high-gloss finish might show fine micro-abrasions.

As it turns out, even the matte black model is apparently prone to chipping. Several owners of the iPhone 7 and iPhone 7 Plus have taken to Apple’s Support Forums to complain about their handset’s paint job scraping off at the edges and back of the phone.

One such user highlighted the problem back in November 2016. As per his post, his month-old iPhone 7 Plus was protected by a TPU casing and tempered glass. He claims the black anodized paint of the device had chipped off from the body near the up volume button.

He went on to talk to Apple Customer Support regarding the matter. They supposedly told him that the issue was not covered under warranty since it fell into the category of cosmetic damage. A number of people have backed up his assertions, stating that the chipping occurs even if a cover is used.

The black iPhone 5 had faced a similar issue when it came out. At the time, Apple VP Phil Schiller had responded to the outcry by telling customers that this was normal since aluminum products may scratch or chip with use and expose the natural silver color beneath.

We’ll let you know if Apple issues an official response to the black iPhone 7’s tendency to chip away.