Matsunichi MarquisPad MP977 is a dual core ICS tablet for $249 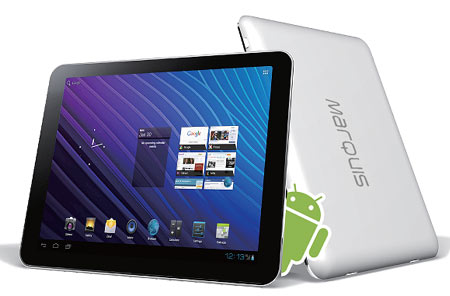 For mobile devices, nothing could go more better with the term ‘budget-friendly’ than decent performance, something the Matsunichi MarquisPad MP977 tablet is likely to tag along. This device is powered by a dual core processor and runs on the Android 4.0 platform with a $249 price label.

Fitted onto the tablet is an LED-backlit display with resolutions of 1024 x 768 pixels at 132ppi. Spanning 9.7 inches wide, the screen proffers multi-touch capabilities. Powering the slate is a dual core 1.2GHz TI processor, which is presumably the OMAP 4430 that runs the show in the Droid Xyboard as well. 1GB of DDR2 RAM is employed to provide better multitasking, while 2GB of integrated memory caters to storage needs. 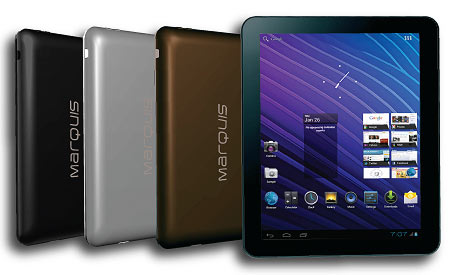 There’s also a microSD card slot that supports a total of 32GB and a 4000mAh Li-ion battery. The usual radios and sensors including Wi-Fi b/g, Bluetooth 2.1 + EDR, accelerometer and light sensor are in tow as well. The device incorporates all the aforementioned components in dimensions of 9.5 x 7.5 x 0.49 inches and weighs around 1.6lb. Potential users will be able to pick up a unit in color options of black, silver and bronze, when launched.

If the guys over at Engadget are to be believed, then we’re looking at a beefed up tablet from Matsunichi in the coming months. Dubbed the MP1010, the device will flaunt a 10.1-inch display and house a dual core TI processor that’s clocked at 1.5GHz. Slated for launch sometime during the months of June and August, the slate should bring along 10GB of hoarding capacity, 5 times more than that offered by the MP977. 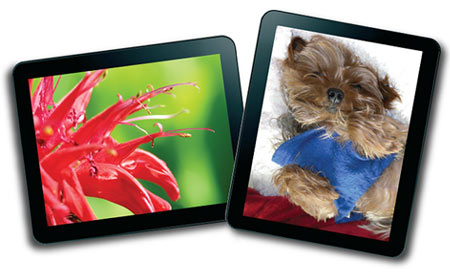 The Matsunichi MarquisPad MP977 price stands at $249, as previously pointed out. The tablet should be available for purchase during this month, says the report.