Mass Effect PC-Version to release in May 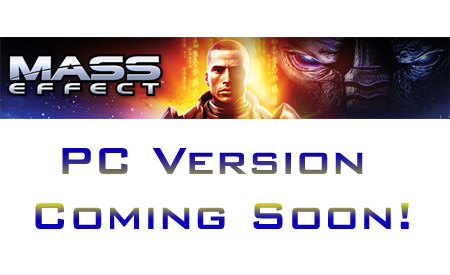 BioWare has revealed that Mass Effect is on its way to the PC platform. Slated for a May launch, the title has been revamped for the PC version.

In Mass Effect, gamers play the role of Commander Shepard and have one mission to accomplish – to save the galaxy form impending destruction. Bent with deceit, valor, difficult decisions and a universe filled with unique and colorful species, the award-winning title Mass Effect delivers a truly convincing storyline.

Frank Gibeau, President of EA’s Games Label added, “EA has struck an agreement with Microsoft to handle future publishing for Mass Effect. We are looking forward to releasing Mass Effect on the PC this Spring and brand new titles in the future.”

The PC version of Mass Effect will include the following key features:

Published by EA, Mass Effect hit the Xbox 360 next-gen console in November, last year. It has been popular not only amongst gamers but is also a critically-acclaimed title with a series of awards and recognitions to its distinction. However, it has also had its own share of controversies, which somewhere or the other only revealed the popularity and the better side of the game. Neither did the Singapore ban hold strong for long, nor did the criticism against the game by critic Cooper Lawrence find much base.