Mass Effect for PC Delayed till May 28 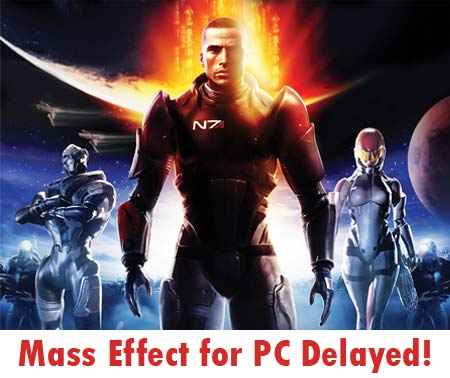 Looking forward for the PC version of the Mass Effect? Well, here’s a piece of bad news for you.

The release of the Mass Effect for PC title has been postponed till May 28th in North America and June 6, 2008 in Europe.

The change of schedule was revealed in a post on Mass Effect’s official blog BioWare.

Talking about the delay, the blog entry said, “The additional time will allow us to incorporate more play-testing feedback, add extra polish and tune the additional features so that Mass Effect is a natural and outstanding PC gaming experience.”

Mass Effect for PC was earlier scheduled to launch on May 6, 2008 in North America.

Hope things aren’t delayed further, as there are zillions of gamers who are eagerly awaiting the Mass Effect on PC version.