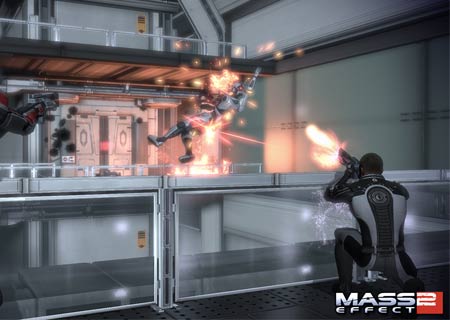 Around a week back, we had reported that the highly-anticipated game namely Mass Effect 2 made it’s was into stores worldwide. Now BioWare reveals that Mass Effect 2 has surpassed the two million unit sales mark in the first week itself. The game has earned many accolades for its in-depth storyline as well as intense shooter gameplay elements.

Dr. Ray Muzyka, co-founder, BioWare and Group General Manager of the RPG/MMO Group of EA said, “Mass Effect 2 is poised to be one of the biggest games of 2010. We could not be more proud of the game’s universal acclaim and early commercial success.”

The latest title from BioWare is noted to be an epic shooter with RPG elements which transports gamers into a vast universe packed with alien life and uncharted planets. They take on the role of Commander Shepard who must lead the crew through many dangerous operatives across the fantastic galaxy. Players can indulge in space exploration as well as seamlessly interact with other characters.

Mass Effect 2 is compatible with the Xbox 360 and PC. The game is rated Mature and 18+ by ESRB and PEGI respectively.