For most, Marshall is the company responsible for making their guitar amplifiers, speakers or headphones, but there’s one more category that it has now branched out into. Yes, the English firm has released its first ever smartphone that has been named London and has been positioned as every audiophile’s dream device.

It’s being touted to be the loudest smartphone on Earth, owing to the incorporation of two front facing speakers. Moreover, the Marshall London houses not one but two 3.5mm jacks for two people to enjoy the music at the same time.

It features an M-Button on its top that takes you directly into the music app, whereas its volume rocker is a scroll wheel instead of a set of buttons. Inside, it carries the Wolfson WM8281 Audio Hub for delivering superior quality audio. Apps like DJApp and Loopstack come pre-installed on this Marshall device. 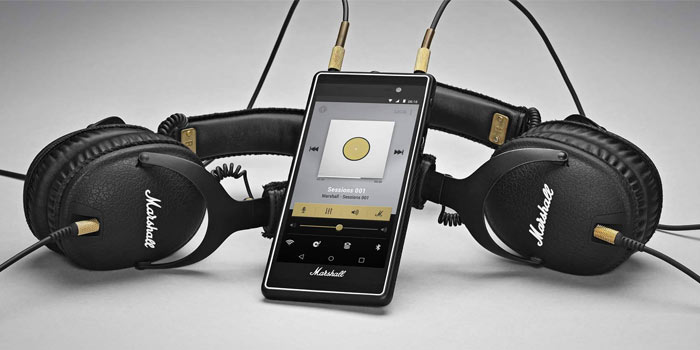 The London has been equipped with a 4.7-inch 720p HD display, while it’s kept going by a 64-bit quad core Snapdragon 410 processor. There’s 2GB worth of RAM onboard as well, apart from 16GB of storage that can be expanded further by means of its microSD card slot.

Here’s a quick glance at the main specs of the new Marshall London: 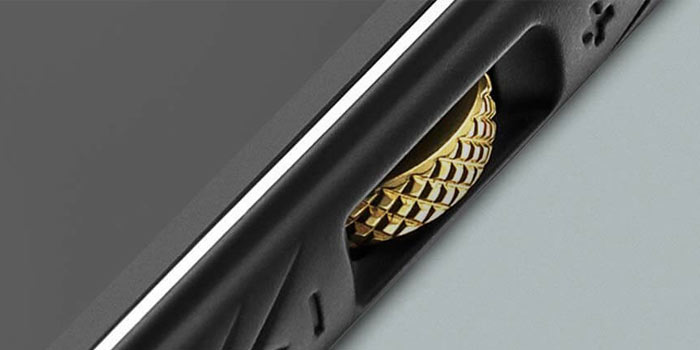 The 4G LTE supporting Marshall smartphone benefits from an 8MP rear camera that’s accompanied by a flash module. For selfie enthusiasts, there’s a 2MP snapper that can be found on its front face. Powering the device from within is a 2500mAh battery.

As for the retail value, the Marshall London has been priced in Sweden at 4995 of local currency which translates into around $585. The device can be pre-ordered now, and will begin shipping on August 17.