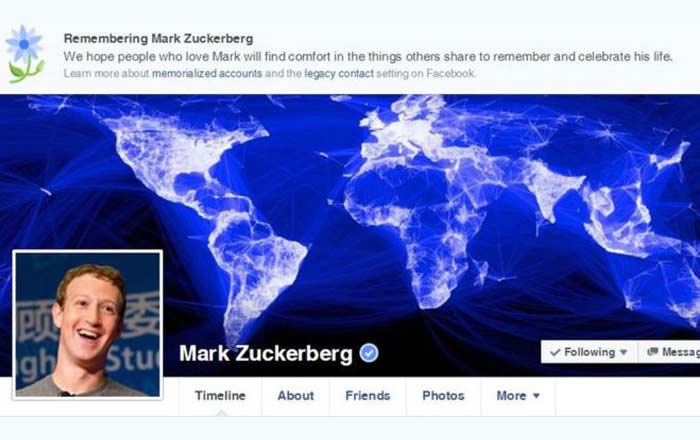 Facebook’s been under fire recently, with many blaming the social media juggernaut for influencing the US elections to a large degree. It then proceeded to make things worse for itself thanks to a bug which declared large swaths of its population dead.

The quirky issue first popped up on November 11. Chances were, if a person logged into Facebook during that time, they would be greeted by a memorial banner on top of their profile. The message asked their family and friends to remember them and take comfort in the things other share to celebrate their life.

The bizarre zombie-making flaw appears to have been very widespread, at least among US citizens. Even Facebook CEO Mark Zuckerberg couldn’t escape its wrath. Users took to the site in droves to assure people they weren’t dead via humorous status updates.

The morbid problem was later fixed within a few hours of it appearing. A Facebook spokesperson called it a terrible error and apologized for the situation. The company didn’t go into details as to why it happened in the first place, simply stating that a memo meant for memorialized profiles was posted to other accounts by mistake.

Facebook’s memorial feature came about in 2015 as a way for individuals to decide what happened to their account after they died. Members can choose to turn their account into a commemorative page and let a legacy contact handle it to a certain extent. If this doesn’t sound appealing to them, they could opt to delete their account entirely.