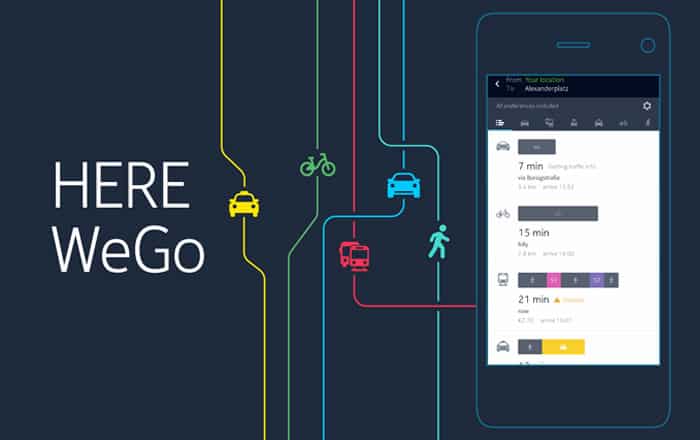 Here Maps has officially thrown out its old name and renamed itself as Here WeGo, introducing a number of changes to its app along the way. The new name can be spotted by Android users starting from today and iOS and web patrons at a later date.

Here WeGo is the company’s way of emphasizing its core feature which is helping people go from point A to point B. In a blog post, the brand explained that it felt ‘Here Maps’ was too generic and similar to other apps. It thinks most people use the tool for navigation and not as a way to look at a map.

In that light, the name change to Here WeGo is meant to help individuals understand what the app is for and what to expect from it. The revamped application focuses on trying to offer consumers as many choices as possible, cutting out the need to download multiple tools for a single trip. 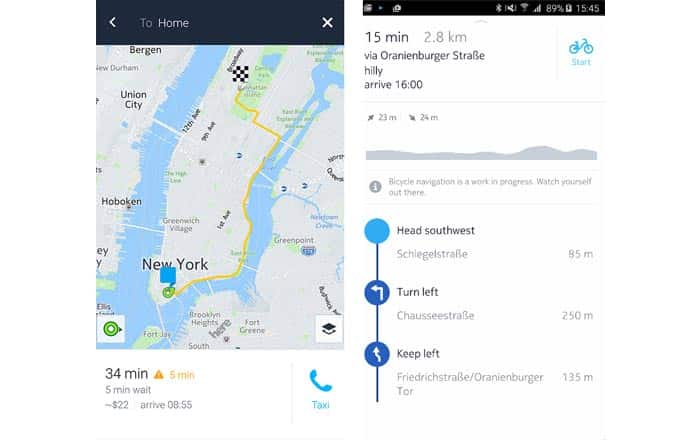 Firstly, the company is trying to save a user’s time by letting them access the primary purpose of Here WeGo faster. Upon opening the app, a person can now input their destination in the ‘Where to?’ search box and get directly transported to a list which lets them choose between different modes of transport.

This effectively eliminates the additional step of the ‘find a route’ option which was present previously at the bottom of the screen. The other big changes in Here WeGo can be seen in the new Route Comparison screen which has gotten a design revamp courtesy a lighter colored background and new icons.

Patrons will also be greeted with fresh transport options. In addition to the regular car, taxi, public transport and walking choices, they’ll also get to see pick the nearest available automobiles for rent from car-sharing firm Car2Go.

Here WeGo is further set to make life easier for biking enthusiasts by adding elevation profiles so they can judge available routes by the effort needed. It’ll also update them on what’s coming next. You can download the upgraded app via the Play Store or App Store.