Manhunt 2 Sale Rejected in the UK by BBFC

Around three months back, we had reported about Take Two dragging the infamous Jack Thompson to court for apparently taking legal action against the game publisher’s allegedly violent game franchises Grand Theft Auto 4 and Manhunt 2. Now Manhunt 2 is trapped in yet another problem.

The British Board of Film Classification (BBFC) has gone ahead and rejected the controversial third-person video game, thanks to which it will not be legally supplied anywhere in the United Kingdom. This rather ‘stunning’ decision is the call of the Director and the Presidential Team of Sir Quentin Thomas, Lord Taylor of Warwick and Janet Lewis-Jones.

Whilst announcing the decision, David Cooke, Director of the BBFC said, “Rejecting a work is a very serious action and one which we do not take lightly. Where possible we try to consider cuts or, in the case of games, modifications which remove the material which contravenes the Board’s published Guidelines. In the case of Manhunt 2 this has not been possible. Manhunt 2 is distinguishable from recent high-end video games by its unremitting bleakness and callousness of tone in an overall game context which constantly encourages visceral killing with exceptionally little alleviation or distancing. There is sustained and cumulative casual sadism in the way in which these killings are committed, and encouraged, in the game.

“Although the difference should not be exaggerated the fact of the game’s unrelenting focus on stalking and brutal slaying and the sheer lack of alternative pleasures on offer to the gamer, together with the different overall narrative context, contribute towards differentiating this submission from the original Manhunt game. That work was classified ‘18’ in 2003, before the BBFC’s recent games research had been undertaken, but was already at the very top end of what the Board judged to be acceptable at that category.”

“Against this background, the Board’s carefully considered view is that to issue a certificate to Manhunt 2, on either platform, would involve a range of unjustifiable harm risks, to both adults and minors, within the terms of the Video Recordings Act, and accordingly that its availability, even if statutorily confined to adults, would be unacceptable to the public.” 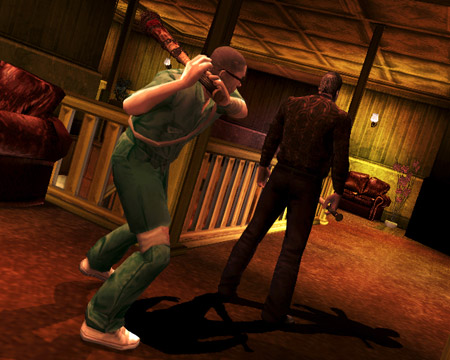 ELSPA (The Entertainment & Leisure Software Publishers Association) has also issued a statement regarding this, where Paul Jackson, director general, ELSPA stated, “A decision from the BBFC such as this demonstrates that we have a games ratings system in the UK that is effective. It shows it works and works well. Any decision the BBFC takes, it takes on the basis of its remit to rate on screen entertainment.” Adding, “The games industry is a creative phenomenon that produces all kinds of games across all kinds of genres that appeal to all kinds of people across the country, young and old, male and female. The important thing to know is that all games are rated according to age suitability, with over 70 per cent of games being available to all ages over three years.”

Take-Two’s subsidiary Rockstar Games, who are the official publishers and developers of Manhunt 2, do hold the right to appeal the Board’s decision, under the terms of the Video Recordings Act distributors. 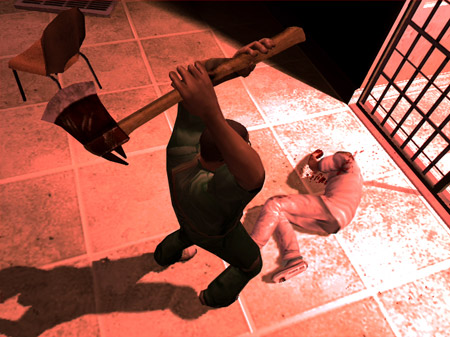 This is the first time in a span of ten long years that a decision to reject any game title has been taken. Last it was in 1997, when Carmageddon was declined a classification. However the decision was reversed on appeal by the Video Appeals Committee.

This decision is sure to be a letdown to all Manhunt 2 fans. And they’d surely be hoping that the lucky fate of Carmageddon falls true for Manhunt too.

Well do we hear celebrations at Thompson’s home?