Man says his iPhone 7 burst into flames, destroyed his car

An Australian man’s iPhone 7 reportedly burst into flames and destroyed his car in an incident which could have a major impact on Apple’s reputation. This is the most recent instance of the handset exploding since its launch last month.

Mat Jones supposedly left his iPhone 7 in his car under a bundle of clothes while he took a surfing lesson. When he returned, he says he found his car filled with smoke and his handset melting away inside the pair of pants he had wrapped it in.

Jones claims he bought his iPhone 7 about a week ago and hasn’t dropped or utilized a third-party charger to power up the device, a common reason for handsets going up in flames. Apple has confirmed that it is aware of the issue and is investigating its origin.

The fresh incident has grim echoes to a previous case of the Samsung Galaxy Note 7 blowing up in a Florida man’s Jeep. While the iPhone 7 hasn’t been igniting in flames as frequently as the former was, there’s still a chance something could be wrong with the device if such incidents continue piling up in the future. 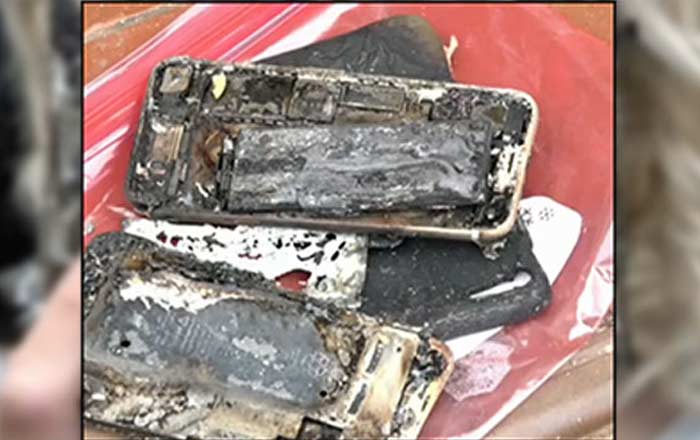 A previous occasion saw the iPhone 7 Plus bursting into flames while it was in transit between factory and delivery. A Reddit user’s coworker received the ashen smartphone complete with a damaged box. Apple is yet to say anything official about that incident, though it did apparently send the customer a replacement device.