It’s not often social media gives us news to smile about these days, so here’s one of those rare gems – a man who lost his cat a few weeks ago was reunited with him by happy accident when he went looking to adopt a new one from a shelter.

That’s one reason everyone should be putting a microchip or ID collar on their four-legged companions. Coming back to Theron’s story, he was heart-broken when his cat, Cutie Pie, went missing a couple of weeks ago.

As cat owners will know, some of our feline friends tend to wander off and return in 4-5 business days around feeding time, if you’re fortunate. But after searching and waiting in vain for a week for Cutie Pie to come home, Theron decided to adopt a new one to fill the kitty-sized hole in his heart.

He walked into Bangor Humane Society in the hopes of finding a suitable replacement. What happened next was purely a lucky coincidence. As Theron was visiting the various kennels at the shelter, he spotted a familiar grey and white coat.

When the cat turned to look at him, he realized it was none other than his beloved Cutie Pie. Theron only had to pull out his phone and show the shelter staff his camera roll that was stuffed with photos of the cat to prove he was the actual owner.

As if further evidence was needed, Cutie Pie was apparently impatient to get into his cat carrier and go back home with Theron. There’s no mention as to why the animal shelter facility was unable to trace the cat parent. It’s possible Cutie Pie had no ID collar or managed to slip out of it if he had one.

It’s very fortunate that some kind soul who spotted the pet took it to the shelter before it got into a bad situation. And if Theron hadn’t gone knocking with the intention of adopting a furry friend, his four-legged pal would probably have been languishing for a while there or been picked up by another animal lover.

Every time we see good news like this, it’s a reminder that there are still wonderful people out there doing their bit to make the world a better place. “We want to reunite as many animals as possible with their owners, and it’s an honor to keep them safe until that can happen,” says Bangor Humane Society in a Facebook post detailing Theron’s journey.

If you or someone you know has lost a pet, hold on to hope. Pets that spend their time indoors as well as outdoors may be cheating on you with another family even if they don’t mean to. So ask around; see if the neighbors have been giving them treats. Try the local animal shelters and also use social media to your advantage.

Theron came into our shelter today looking for a cat to heal his heart after his kitty, Cutie Pie, disappeared about a…

The moral of this tale with a happy ending is – put a microchip on your pets, folks! They’re easily available for a few bucks online as well as offline. And if you aren’t able to do that, it’s okay. At least put a collar with your contact details and address on your fur baby.

They may be adorable, but many of them can find it difficult to make their way back home if they’re scared or injured. Also, adopt don’t shop.

How Much Mbps Will Be Sufficient For Businesses? 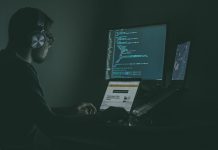