Malaria to be battled on a Social Networking Site 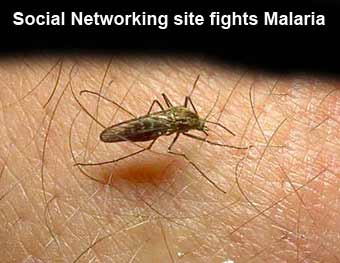 The website www.MalariaEngage.org is a site where the user gets to contribute 10 dollars or more to an initial choice of seven highly varied projects involving selected scientists in developing countries. Talk about and describe your opinions and thoughts through the discussion area where news and photos of both funded and proposed projects are displayed. One of the team members involved in the working of the site is 25-year-old Tom Hadfield, a self-described “part-time student and full-time entrepreneur” who got under the spotlight in his native Britain when Soccernet, a website he developed as a high school student in his bedroom, was sold at age 17 to ESPN for 40 million dollars.

“It’s shocking that thousands of people are dying every day from a preventable disease. When I came back from Africa last summer, a lot of people asked me what they can do to help” said Hadfield “By encouraging individual participation and involvement, we will create international communities of common interest.”