Magic Leap has reached a mythical status within the tech industry, surviving on hype and billions of dollars from the likes of Google without a single product to show for it. This is finally set to end in 2018 with the release of the Magic Leap One, its first mixed reality headset.

To be clear, it’s actually announced a Creator Edition of the Magic Leap One. This presumably means it’s for developers who want to be among the first to try it out. The brand plans to roll out an SDK in early 2018 and ship the hardware to markets later in the year.

The final design may differ from the glasses seen above and below, as Magic Leap’s website notes that the product is continuously advancing. It’s telling that the promotional photos appear to be digitally rendered and not live images, although the brand denied this in a statement to Ars Technica. 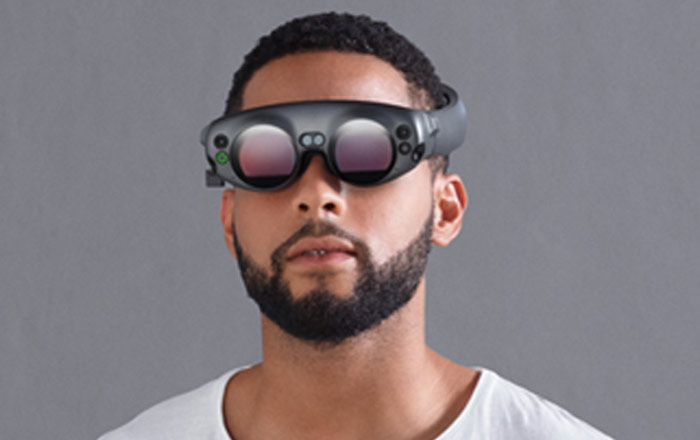 The Magic Leap One will consist of a pair of glasses, a puck-shaped external computer named the Lightpack, and a single controller. The firm’s Digital Lightfield technology blends natural light with digital light in order to trick the brain into thinking digital objects are really there next to real-world ones.

Magic Leap also claims it’s using advanced visual perception and room-mapping technology to make sure virtual objects stay in the same place, just like in real life. Unfortunately, it didn’t actually show this in action to the public. Instead, it invited Rolling Stone magazine to check out a demo of the product.

The publication walked away mostly impressed, although it did note that the field of view was pretty limited. This was an issue with Microsoft’s HoloLens as well, although the Magic Leap One apparently has a slightly bigger canvas. The company says that its next-gen headset will expand the field of view, but the one coming in 2018 will stick with this restricted vision.

There’s no price tag for the Magic Leap One yet. Hopefully, we’ll hear more about the device in the coming year.