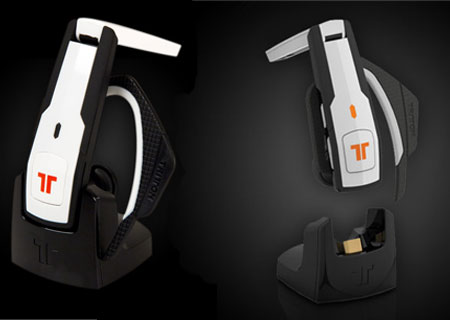 A particular San Diego-based peripherals manufacturer just displayed a variety of products at the recently concluded CES 2012 and among the array was the Mad Catz Tritton SwitchBlade headset for PlayStation 3 consoles. Based on official word, this wireless gear is all set to roll out worldwide starting from spring this year.

Built specifically for the PlayStation 3 system by Sony, the accessory utilizes the Bluetooth 2.0 technology for connecting with the console. And gaming isn’t all its concern – this peripheral can be paired with two devices simultaneously like a smartphone or tablet. So users can conveniently switch between in-game chat and voice calls with a simple press of a button. As far as power is concerned, the company has integrated built-in rechargeable batteries that can be juiced up by simply placing the headset into its docking station. 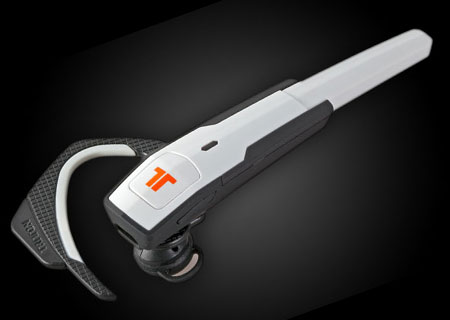 Darren Richardson, President and Chief Executive Officer of Mad Catz Interactive, stated, “The SwitchBlade headset represents the first in a series of PlayStation 3 headsets which we expect to ship throughout 2012.”

By flicking the boom mic, gamers can easily switch the device on or off. The entire package content comprises of the wireless headset, a swiveling ear hook, a USB cable and a docking base. Additionally, the peripheral is compatible with PS3 consoles and most mobile phones over Bluetooth.

The Mad Catz Tritton SwitchBlade price in the U.S. amounts to $49.99, whilst potential users in Canada can pick up the headset for $54.99. The company plans on making this wireless gaming headset globally available sometime during the spring of 2012.