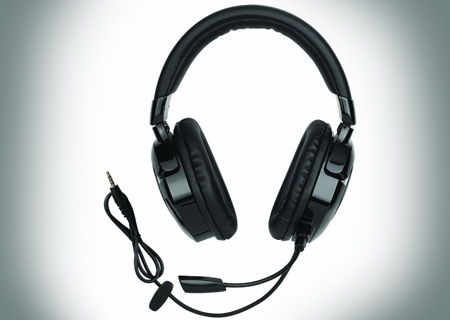 We’ve been in the loop about Mad Catz joining hands with Microsoft over audio peripherals for the latter’s gaming system since February. The company has proclaimed that the Mad Catz Tritton AX 120 stereo gaming headset has started shipping out to Europe and North America for the Xbox 360.

The headset embeds 40mm speakers with Neodymium magnets and noise isolating earpads. It’s in-line breakaway junction proffers a trip-safe gaming experience and the circumaural ear cup design ought to feel quite cozy over the ears. There’s also an in-line remote which enables chat and background audio levels to be adjusted separately.

“We believe the Tritton AX 120 represents an ideal entry into the world of professional gaming audio. Following our recently announced agreement with Microsoft to produce a range of licensed, co-branded audio headphones, we believe the Tritton brand will go from strength-to-strength in 2011 and we’re delighted that gamers in multiple territories are now able to enjoy the value and quality offered by the Tritton brand,” expressed Darren Richardson, President and CEO, Mad Catz.

The other Mad Catz audio equipment being offered to gamers are Xbox 360 and PS3 compatible. The Tritton AX Pro Dolby Digital True 5.1 headset uses 8 precision-balanced speakers for delivering surround sound and displays backlit volume controls on the in-line remote. The full speaker configuration is supplied right within the earcups in the form of speakers for front, center and rear portions as also a subwoofer.

The Tritton AX 720 is yet another Dolby 5.1 surround sound capable headset. It features 40mm Neodymium drivers and separate volume controls for tweaking chat and game volume levels. The Tritton AX 180 renders full stereo audio and incorporates a detachable microphone. Convenient audio controls manifest themselves on the in-line remote sitting between the headset and console.