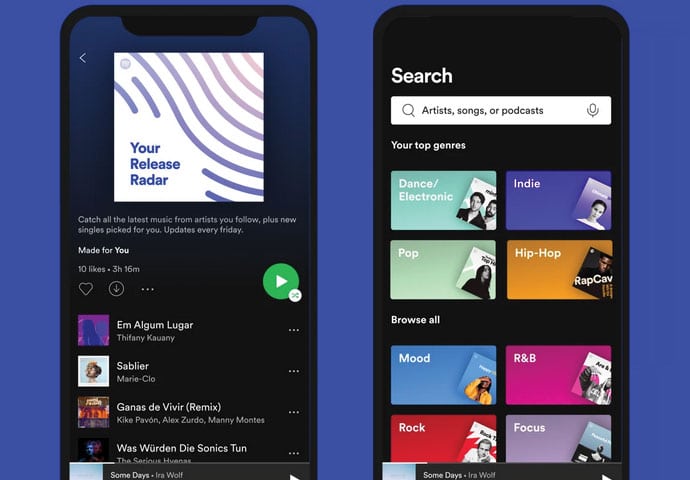 The upcoming Apple iOS update will let users select a third-party default music service like Spotify when they ask to play a song using Siri.

When you ask Siri to play a song on the upcoming iOS 14.5, you would be prompted to select which app you want to use to play it, reports MacRumors.

Apple has now added the ability to set a default music streaming service when using Siri to play songs.

First spotted by users on online discussion platform Reddit, Apple will let you ask Siri to play a song in iOS 14.5 from installed third-party music streaming apps in addition to Apple Music.

Apple Siri? will also set a music streaming service as the default if you ask it to play from that particular app for the first time.

The iOS 14.5 is packed with several such exciting features.

You will soon be able to unlock your iPhone with Face ID even when with a Covid-19 mask on, but only if you are wearing an Apple Watch.

In the iOS 14.5 update, Apple Watch will give you haptic feedback to let you know your iPhone has been unlocked.

This is similar behavior to using the Apple Watch to unlock your Mac which has been available for some time.

You need to keep Apple Watch in close proximity to your iPhone to use this feature.

Apple Has Reopened All Of Its 270 Retail Stores In The...