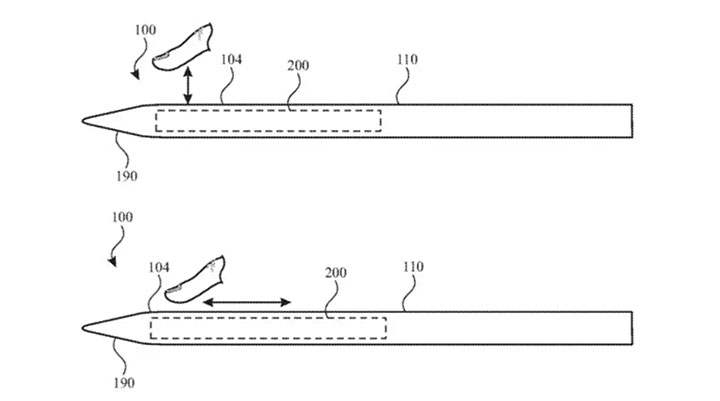 A new patent that surfaced in the US Patent and Trademark Office suggests that Apple is working on the next version of its fancy stylus, the 3rd gen Apple Pencil with more advanced gestures.

Apple Pencil could come with support for more gestures beyond the double-tap input that the 2nd gen Pencil offers, AppleInsider reported recently.

“Furthermore, the stylus can effectively distinguish between tactile inputs from a user and disregard sustained tactile inputs that are provided while the user simply holds the stylus at the user’s natural grip location,” Apple’s new patent says.

The patent describes a stylus with a flexible, touch-sensitive area that can recognize various gestures depending on your fingertip placement.

Additionally, the patent also makes mention of a camera embedded inside the Apple Pencil alongside the sensors. It will be able to record different types of surfaces using the camera and then display them on the iPad’s screen when drawing.

The upcoming Apple Pencil could include a fingerprint sensor to not just lock and unlock the device using the pencil but also to verify biometric information for Apple Pay.

Apple last upgraded the Apple Pencil 2 in 2018. Like other styluses, one can use Apple Pencil 2 to take notes, write on the screen, and navigate the UI among other things.