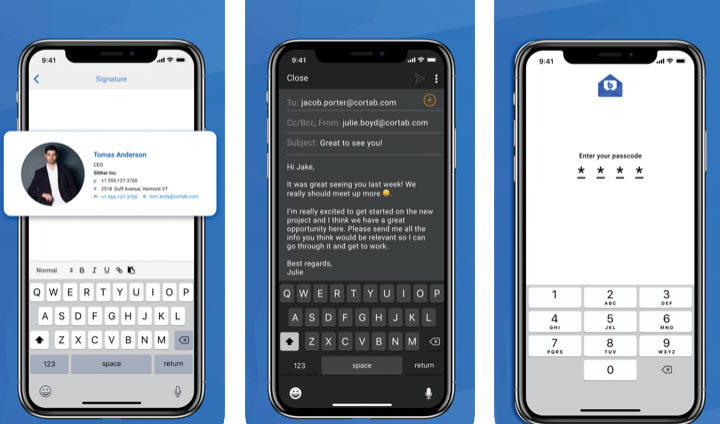 After a gap of eight months, BlueMail is finally back on the Apple App Store now.

Earlier in October 2019, the developers behind email app BlueMail sued Apple, alleging that the “Hide My Email” feature of “Sign in with Apple” infringes on its patented technology.

“Blix Inc, a leading provider of messaging solutions to consumers and businesses around the world, today announces that its product, BlueMail, has been restored to the Mac App Store following an eight month battle with the world’s largest technology company that spilled over from the courts into the public conversation,” the company said in a statement on Tuesday.

The suit also accused Apple of anti-competitive behavior, including removing BlueMail from the Mac App Store.

With BlueMail restored, Blix, however, noted that it has no intention of dropping its legal case against Apple.

In other news: Apple Fined €25 Million for Purposely Slowing Down Older iPhones

“We’re happy that users can once again get BlueMail through the Mac App Store, but we know this isn’t the end. Our experience has shown that until the app review process includes effective checks and balances, Apple holds too much power over small developers,” said Ben Volach, co-founder at Blix.

“One solution could be to include external independent members and observers in Apple’s App Review Board, just as a public company’s Board of Directors represents its shareholders.”