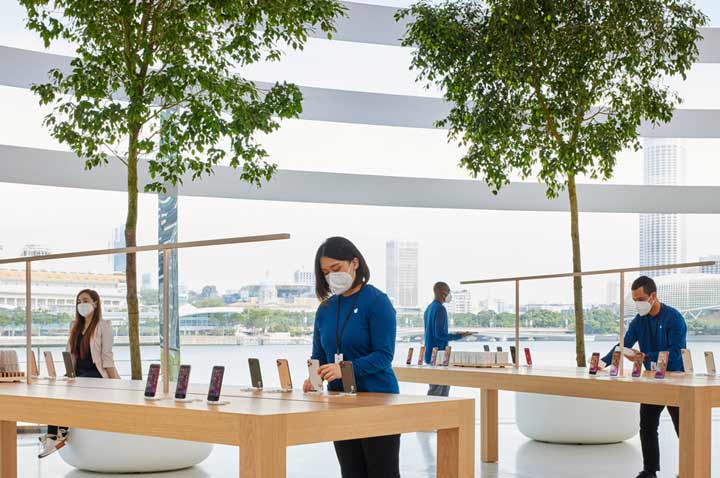 All eyes are now fixated on the Apple event of the decade on Tuesday where the company would enter the world of 5G with four iPhone 12 series smartphones. It is also slated to jazz up other product verticals like TV, smart home and gaming.

All of the iPhones are expected to support speedier 5G cellular networks (as long as 5G is available in your area, of course), and in the US, they could support both sub-6GHz 5G and the faster (though shorter range) mmWave 5G, reports The Verge.

“Apple’s new iPhones are also all expected to have OLED screens this year, but recent rumors indicate that they won’t have 120Hz refresh rates,” the report added.

Apple could also announce the official release date for iOS 14 during the event.

The company may reveal a smaller HomePod called Mini which has apparently been in the works for some time.

Apple has also been working on new high-end, over-ear headphones for some time. The headphones may also have noise cancellation, onboard Siri controls, and built-in touch controls.

Apple recently stopped selling audio products from Bose, Sonos and Logitech and this is the best time to launch new audio products.

There are also some reports that indicate a new Apple TV with a faster processor is on the way. Apple Arcade may also get a lift on Tuesday with new games.