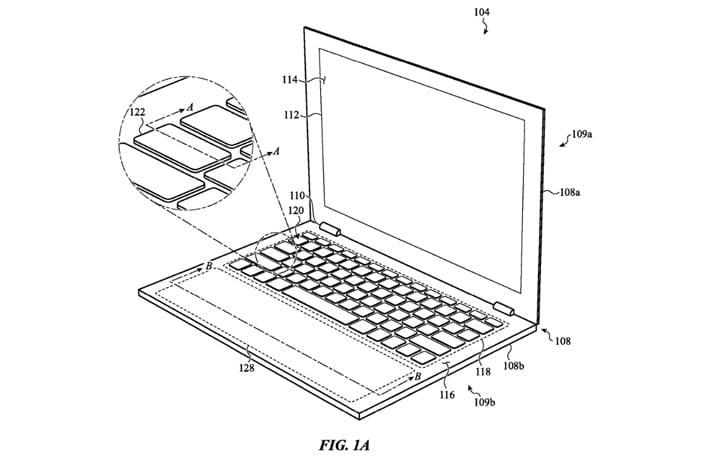 Apple has patented a new design for an adjustable virtual trackpad for the upcoming MacBook Pro, the media reported.

The patent, recently published by the US Patent and Trademark Office, shows an Apple Mac notebook device with a different kind of trackpad, reports AppleInsider.

While the current MacBook trackpad features a glass surface and is always located in a fixed location on the device, the trackpad in the patent can be positioned in different areas depending on the use.

“Some traditional input devices include large buttons, keys, or other mechanically-actuated structures. However, these types of input devices may lack flexibility or adaptability and may permanently indicate the presence of the input device within the computing system,” the patent read.

Users will be able to determine the exact location of the active input area based on the backlighting.

The future MacBook Pro will illuminate the areas where the users are expected to input taps, gestures or touches.

Meanwhile, Apple suppliers are reportedly getting ready to manufacture the 14-inch and 16-inch MacBook Pro laptops with mini-LED displays starting from 2021.

Apple will also release a 12.9-inch iPad Pro model with the mini-LED display in the first quarter of 2021 with a 5nm-based A14X chip.