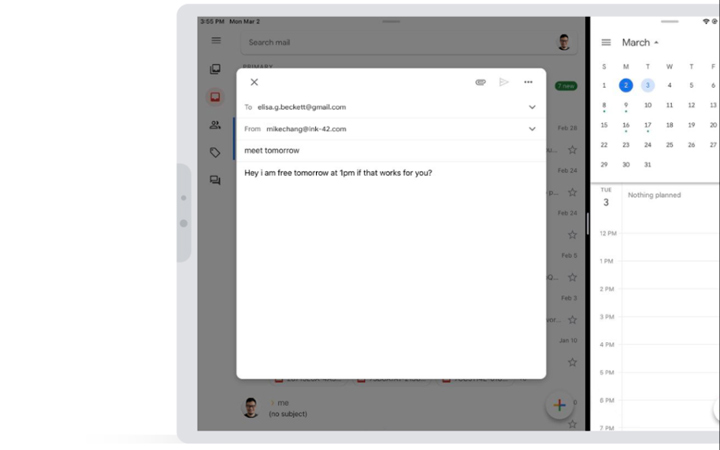 With the Split View feature, one will be able to open Gmail while checking schedule in Google Calendar to confirm a meeting time, or drag and drop pictures from Google Photos into an email.

“You can use Gmail and Google Calendar at the same time with Split View to check your schedule before replying to an email to confirm a meeting time. Or, you can easily drag and drop pictures from Google Photos into an email without leaving Gmail,” the company said in a statement.

The feature is available immediately to all G Suite and personal Google Accounts.

To enter Split View from Gmail, one will have to turn on multitasking on iPad. Then, swipe up from the bottom of screen, and drag the app to run alongside Gmail to the left or right edge of the screen.

Apple first added the split view feature to the iPad back in 2015, with iOS 9 and Google added Split View support for Docs, Sheets as well as Slides in 2016.