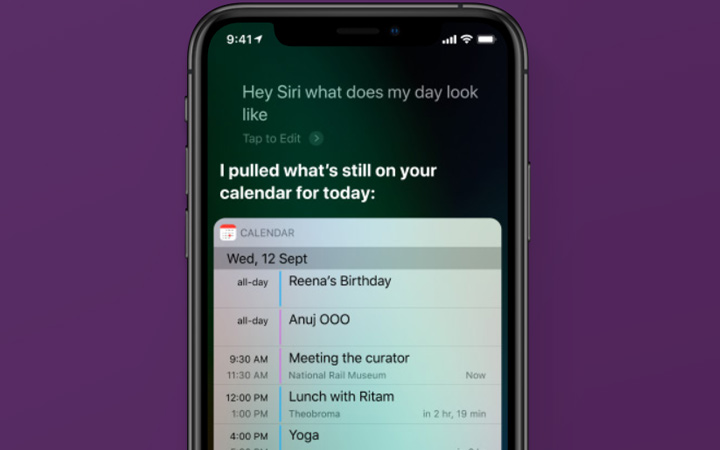 Apple has said it will no longer retain audio recordings of its digital assistant Siri interactions and use computer-generated transcripts to help Siri improve.

“The users will be able to opt in to help Siri improve by learning from the audio samples of their requests,” Apple said in a statement late on Wednesday.

Those who choose to participate will be able to opt out at any time.

“When customers opt in, only Apple employees will be allowed to listen to audio samples of the Siri interactions. Our team will work to delete any recording which is determined to be an inadvertent trigger of Siri,” said the company.

Earlier, taking a tough stand against contractors who listened to over 1,000 Siri recordings per shift including people having sex, Apple reportedly laid off 300 contractors in Cork, Ireland.

According to a report in Engadget, after suspending the Siri “grading” program last month, the Cupertino-based iPhone maker has now terminated it.

More contractors throughout Europe may have been let go, said the report.

“We know that customers have been concerned by recent reports of people listening to audio Siri recordings as part of our Siri quality evaluation process – which we call grading.

“We heard their concerns, immediately suspended human grading of Siri requests and began a thorough review of our practices and policies,” Apple responded.

According to Apple, Siri uses as little data as possible to deliver an accurate result.

“Before we suspended grading, our process involved reviewing a small sample of audio from Siri requests – less than 0.2 percent – and their computer-generated transcripts, to measure how well Siri was responding and to improve its reliability,” said the company.

“As a result of our review, we realize we haven’t been fully living up to our high ideals, and for that we apologize,” Apple added.